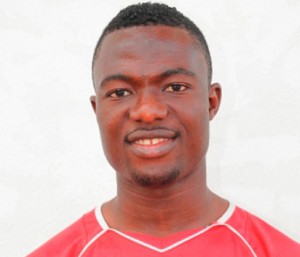 Asante Kotoko defender Gideon Baah is set to play his first league match in two years after being named in the squad to face Medeama on Sunday.

Baah has not played in the top-flight for Kotoko since he ruptured his knee during a Premier League game against Hearts of Oak in March 2010.

The ex-Sporting Mirren captain has fully recovered and has been involved in the series of low-profile friendlies ahead for the second round of the season.

The left-full back grabbed a brace during Kotoko's friendly game against second-tier side Starke FC on Sunday.

He has regained his full fitness and should be available for selection when the Porcupine Warriors travel to the Essipong Stadium on week 16.

He faces stiff opposition from youngster Baba Abdul Rahman who has phenomenal.