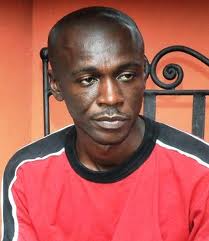 The Chelsea Accra Rep claims he was beaten by heavily-built men under the instruction of Kotokoâ€™s Administrative Manager Ben Nti during Wednesdayâ€™s Premier League clash at the Baba Yara Stadium in Kumasi.

But Kotoko insists the accusations are palpably false but rather, it was Sarfo who was causing all the confusion during the match.

"In fact, when Oduro Sarfo was misconducting himself in the VVIP, Ben Nti rather went out to ask the security persons to come over and control the situation because Oduro's despicable attitude was attracting the wrath and inpatients of soccer fans.

"Ben (Nti) is a responsible football administrator and will not misconduct for all the rice in China".

It however not known at this point whether a formal report has been made by Sarfo to the Police to launch an investigation into the matter.