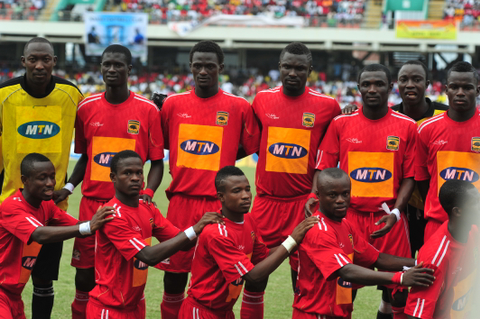 A huge rift has erupted within Kotoko after the club's chairman sharply contradicted his administrative secretary by insisting that ten players will not be sold by the club.

Ben Nti, who speaks on behalf of the club, last week told several radio stations that they will sell ten players to Serbian clubs after their recent tour of the country.

But the club's board chairman Dr. K K Sarpong has rubbished the suggestion by his own administrative secretary insisting that the claim is inaccurate.

He added that another set of five youth team players have been loaned to unknown clubs.

But that claim by Nti has been dispelled by the club's leader Dr K K Sarpong.

"This is fantasy, how do you expect us to sell half of the team? Who is going to buy anyway?" Sarpong told GHANAsoccernet.com on arrival.

"We are going to sell players who may get contracts that we think are lucrative. If they are lucrative, why not but if not why do we sell.

"We have only left five of our junior players there; It is a new model we have introduced to get them train abroad to get them develop faster so when they are sold we get something from it."

He added that the training tour, facilitated by Virtus International, was ostensibly meant to expose players and the Kotoko brand.

"We did not take this trip to sell players, this trip was to expose them to better training facilities and quality matches we are doing commerce now so we need to expose enhance the Kotoko brand."