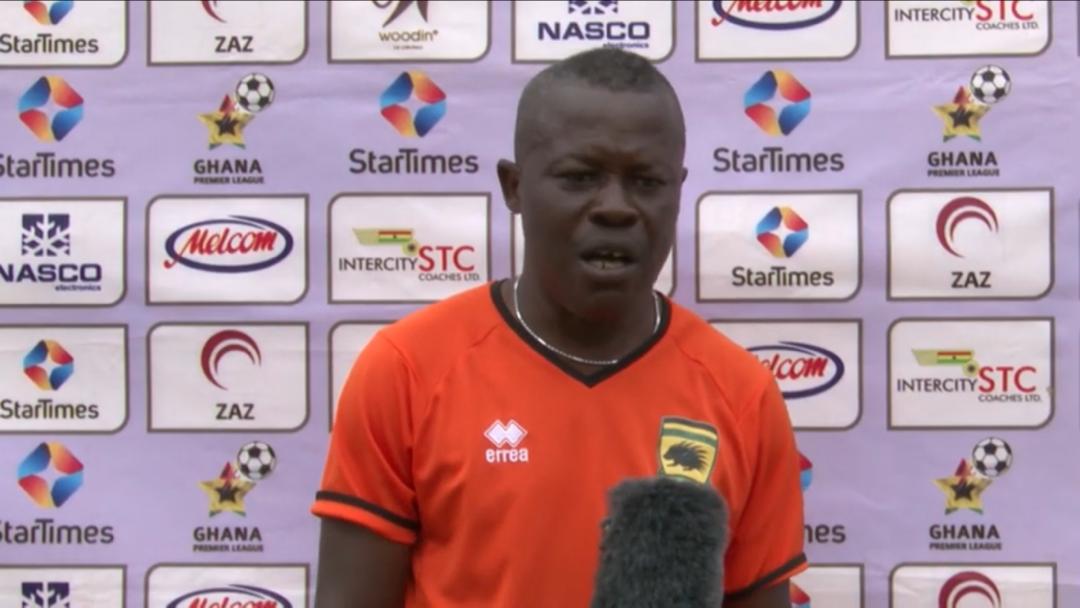 Asante Kotoko deputy coach Johnson Smith says his side will fight till the end for the Ghana Premier League title despite their arch-rivals Hearts of Oak winning the 2020/21 season on Sunday.

Johnson Smith comments on the league title can be considered as comic as Hearts of Oak have been declared champions following Asante Kotoko's defeat to Bechem United on matchday 33.

The Porcupine Warriors lost 2-1 to Bechem United to gift the Phobians their first league title in a decade.

Hearts of Oak currently sit on top of the league table with 61 points with Kotoko sitting in the second position with 57 points.

Hearts of Oak have taken a four-point lead on top of the table with just a game to end the season.

Speaking after his side's defeat to Bechem United, Johnson Smith who took charge of the team due to Mariano Barreto's suspension said: “You’re saying we are out of the league but still we are fighting because there is still one match to go so we are not out of the title race now," he said after the game.

"We are still fighting. We want to finish the final game of the season and see who will eat the sugar on the cake,” he added.

Hearts of Oak will wrap up their season with an away game against WAFA at the Red Bull Arena at Sogakope on Saturday while Asante Kotoko will host Elmina Sharks at the Obuasi Len Clay Stadium on Sunday.