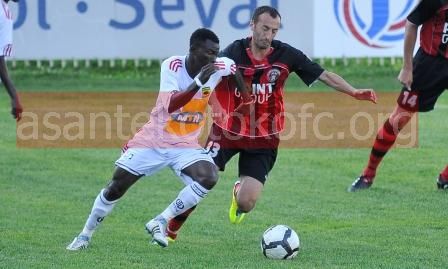 Asante Kotoko will complete their pre-season tour of Serbia with a difficult tie against Uefa Europa League campaigners FC Vojvodina on Tuesday.

The two-time African champions will hope to the end their 10-day pre-season on a high with success over Vojvodina which has two Ghanaian players Yaw Antwi and teenager Akwasi Frimpong.

Star striker Ahmed Toure has bagged three goals so far on the tour after he fetched the only goal in the weekendâ€™s 1-0 victory over FC Borac Cacak.

The Porcupine Warriors have bounced back from their opening 4-2 defeat to FC Sloda Sevojno to register victories in their last two meetings.