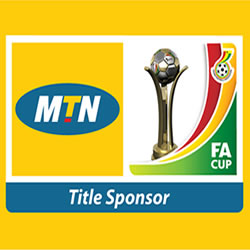 Asante Kotoko face a stern test from Wa All Stars on Wednesday night in the MTN FA Cup second semi-final clash in Kumasi.

The FA Cup represents the only route to glory for Kotoko as they chase their final hope of silverware this season.

On Friday, their miserable season slumped to a new low as they failed to lift the President's Cup after losing on penalties to league champions, Berekum Chelsea.

However, today at the Baba Yara Stadium, Kotoko will host Wa All Stars in the remaining semi-final fixture of the Cup competition as both sides aim for a place in the finals.

For Kotoko, victory would set them up against Second-tier side, FC Nania in the finals but they must first overcome their failings after last Friday's game in Accra.

Though, Kotoko appears favourites to land a final berth, the Blues from Wa could cause an upset, leaving the Porcupine Warriors with nothing to show for this season.

Having beaten Medeama to reach the last four, All Stars would be giving it another push to secure their place in the finals at the expense of Kotoko.

Meanwhile www.mtnfootball.com will provide the live text updates of the match between Kotoko and Medeama at 6pm Ghana time.