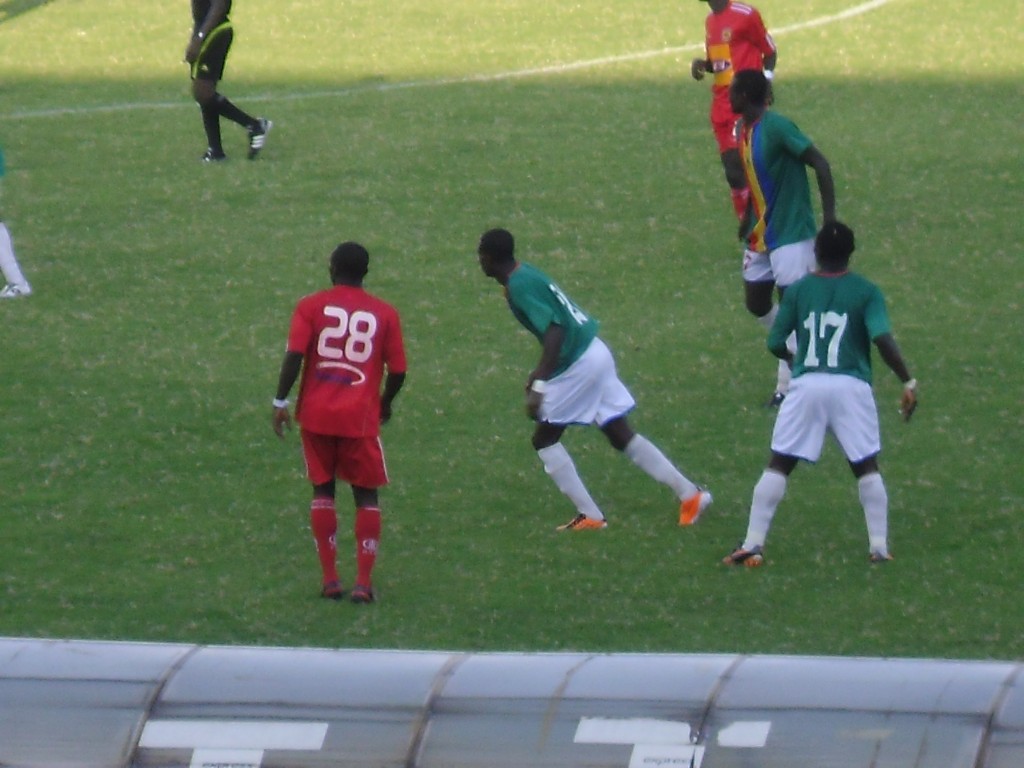 Ten-man Asante Kotoko rallied from a goal down to draw one all with Hearts of Oak in a highly entertaining pre-season friendly on Sunday.

Both sides intention to attack each other served a delightful spectacle before an almost full Baba Yara Stadium in Kumasi.

Hearts through a second half penalty by Douglas Nkrumah jumped into the lead after defender Awal Mohammed was adjudged to have fouled striker Raymond Darkeh in the penalty box on 60 minutes.

However captain Daniel Nii Adjei pulled the hosts level 12 minutes later with a sensational strike from 30-yards out to send the home fans into a state of frenzy.

Adjei who was then hero, turned villain after receiving his second bookable offence after stabbing straight into the chest of Isaac Ofori.

But for poor finishing from both teams, the first half should have produced not less than four goals.

Hearts of Oak was the better side in the early exchanges creating the first goalscoring opportunity in just the first minute with a free kick effected by Abdoulaye Ahmed but was calmly gathered by Soulama in post for Kotoko.

Six minutes later and Hearts were at it again â€“ after impressive works on the left flank, Douglas Nkrumahâ€™s squared for Moro Abubakar who blasted wide with only Soulama left to beat.

This seemed to have awakened the hosts as they gradually warmed their way back into the game, creating an opportunity of their own in the 10th minute. Michael Akuffoâ€™s impressive rebound volley off a defending header agonizingly missed its target.

Hearts responded in equal measure but could have made it even more telling but for the poor finishing of Moro Abubakar who scoffed his 14th minute shot wide with again only Soulama to beat.

The give and take affair continued with Kotokoâ€™s Baba Rahman also squandering yet another clear cut chance on 19 minutes.

The game then went stale until the 35th minute when striker Nathaniel Asamoah failed to break the deadlock in the 35th minute after being put through on goal but could only pace the ball in the arms of the onrushing Hearts goalie Laud Quartey.

Asamoah was again put through on the edge of Heartsâ€™ danger area but wasted too much time to deliver the final pass given the chance for Heartâ€™s defense to recover and eventually robbing him off the ball a minute before halftime.

The second half was equally competitive as the first but failed to produce many chances as both teams moved to tighten their defence.

The match which is aimed at raising funds for charity offered both clubs to closely assess their preparedness for the upcoming Premier League campaign which commences on October 9.

It also offered fans to see the performance of the newly signed players who by no means failed to impress on the day.

The return leg would be played next Saturday at the Accra Sports Stadium.