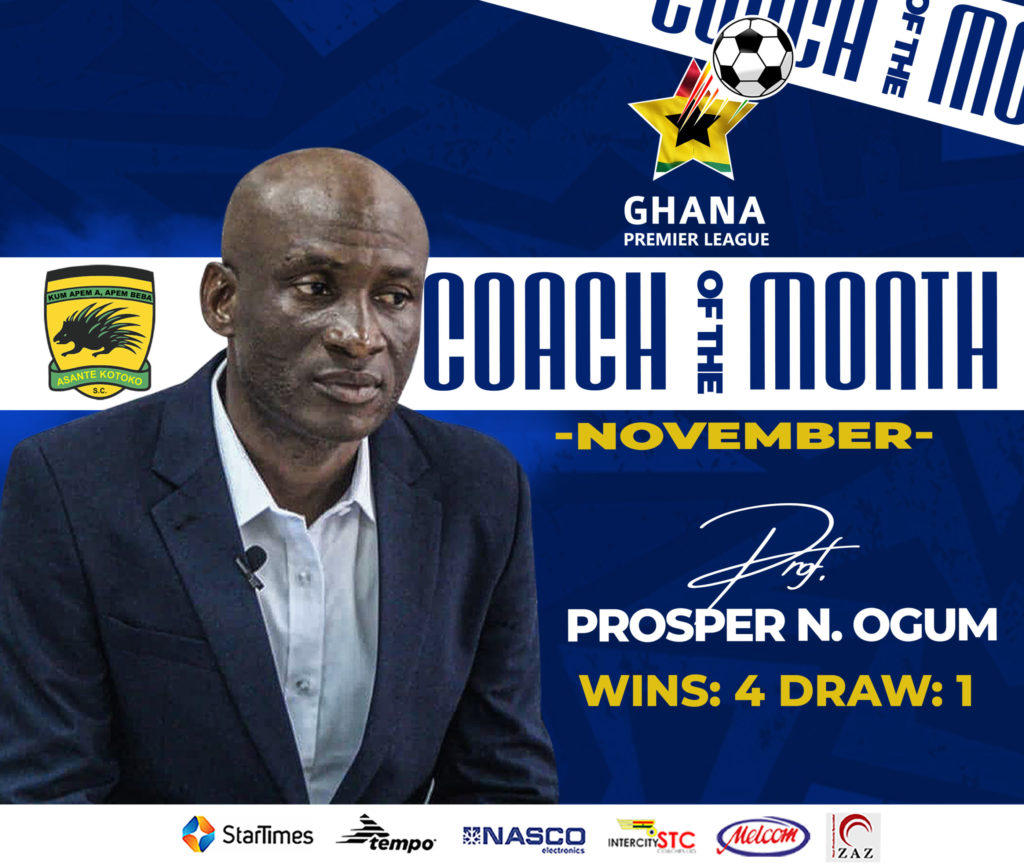 Ogum has been adjudged the best coach for November ahead of other contenders Nurudeen Amadu of King Faisal and Bechem United's Kassim Mingle.

The former WAFA boss had a better record among the nominees as his side went unbeaten in the month with four straight victories and a draw.

He is expected to receive a NASCO Television set.

Ogum was appointed head coach in August and has done a great job so far with Kotoko challenging for the title from the onset.

With five wins, two draws and one defeat, Kotoko are third. The Porcupine Warriors can move up as they have an outstanding game against sworn rivals Hearts of Oak.