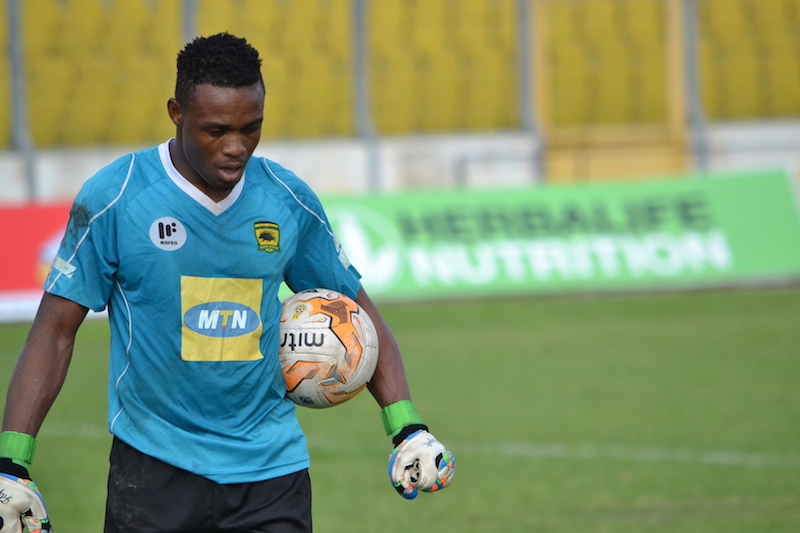 The in-form goalkeeper is battling to recover from the injury ahead of their League game against Dreams FC on Sunday and reports are that he may surrender the sticks to Felix Annan.

Sowah is reported to have picked up a knock at training.

As a result of the injury, Sowah was not involved in the side’s trial match with the youth team on Sunday missing training on Monday as well.

The goalkeeper is however expected to join his colleagues at training on Tuesday to prepare for the game against the highly-motivated Dreams FC.

Sowah's failure to train on Tuesday will automatically offer Felix Annan the opportunity to guide the team in their clash with the Dawu-based side.

His absence may affect the Porcupine Warriors as they will need to beat Dreams FC in other to keep their title hopes alive.