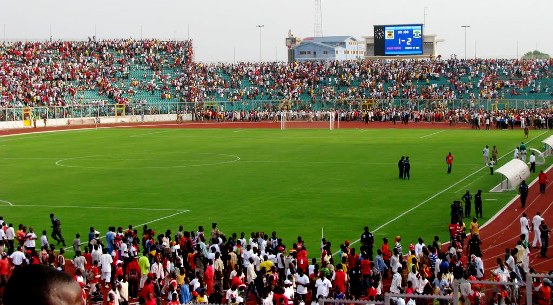 Asante Kotoko will be playing the game behind closed doors following a ban from the Disciplinary Committee of the GFA.

The Porcupine Warriors will play their next five home games behind closed doors starting on match day five against Dwarfs.

In an interview, the Director for Berekum Chelsea explained the number of people to be allowed access to the stadium due to the ban imposed on the venue.

“ When a team is asked to play behind close doors, the number of people who will be allowed to access the match venue is the 18players, 7 technical members and 10 club officials”, he told Angel FM.

Asante Kotoko accepted the decision of the DC on their five game home ban and have appealed for a reduction.