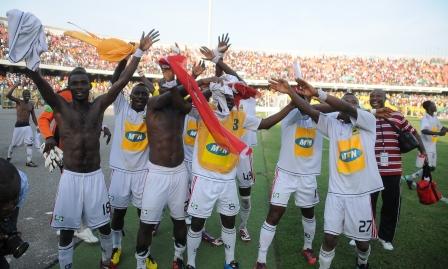 Asante Kotoko beat BA United by a lone goal in the last of a series of friendly games played ahead of the Premier Leagueâ€™s resumption on Saturday.

A Daniel Nii Adjei strike was enough to see of United in the game played at the Sunyani Coronation Park on Wednesday.

The current league leaders have thus won all their games in the new year and will be hoping the trend continues when they host Aduana Stars in the league on Sunday.

The Fabolous lads prior to this game had beaten Bechem United and Akyem Islamic Stars in separate friendlies.