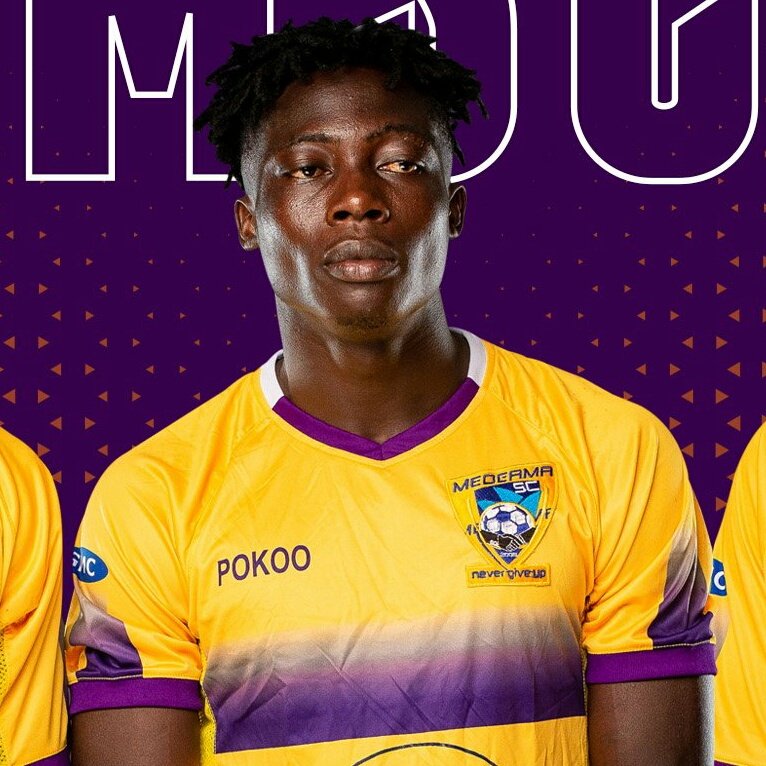 Justice Blay is a prime target for Asante Kotoko

The Porcupine Warriors have adopted the wait-and-see approach so far which has delayed the potential transfer of the player to Kumasi.

Coach Maxwell Konadu has been eager to bolster his midfield this season, but has been left frustrated by the club's inability to secure his prime target.

With an array of midfield stars in their ranks including Emmanuel Sarkodie, Emmanuel Keyekeh, Adom Frimpong and Mudasiru Seidu, the two-time African champions still consider Blay as the missing piece so far in their set-up.

GHANAsoccernet.com can confirm that Kotoko are making last ditch attempt to sign the midfielder, with the Premier League side in a race against the clock to secure the signing of the highly-rated midfielder.

Blay's current deal expires in 2022 and Medeama have been resolute in demanding that his release clause is met.

Medeama, who are two-time FA Cup champions, insist that Kotoko must meet Blay's valuation if they want to prize him away from Tarkwa.

They have renewed his registration and will feature for the Tarkwa-based side if a deal is not concretized before the transfer window shut on Saturday midnight.

The Mauve and Yellows - who recently secured the country's biggest ever club sponsorship for a season in history with mining giants Gold Fields, insist they are not desperate to let the player go and will only join any other club for the right price.

Kotoko have up to the next 24 hours to convince Medeama to sell or meet his release clause to force the player's move to the club.

The next 24 hours will be crucial for both parties with Medeama unwilling to beat down their valuation of their prize asset.