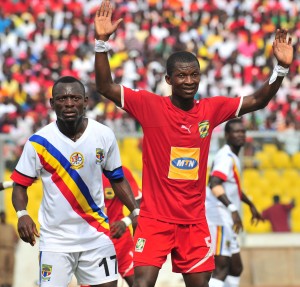 The enforcer has enjoyed an incredible run of form this term with eye-catching performances that has defined Kotokoâ€™s season.

The marvelous midfield display of the 23-year-old has been touted as the one of the reasons why the Porcupine Warriors clinched their 22nd League title with four games to spare.

He remains optimistic about been crowned the Premier League best player at the end of an enthralling campaign.

â€œI believe that this season has really been good for me and I can only thank God, my family and the fans for their support,â€ Adjei said

â€œItâ€™s the dream of every player to win the best player award. Given the kind of performance that I have put up this season, it will not be far-fetched if I win the accolade.

â€œOf course there are other equally good players in the league, but I am positive about my chances,â€