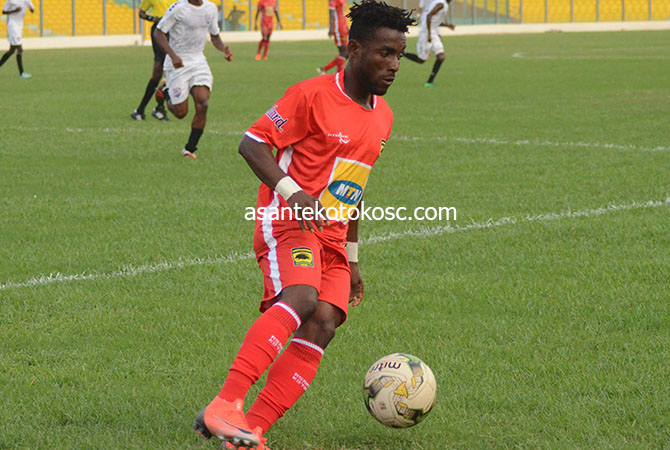 Asante Kotoko midfielder Maxwell Baako has reiterated his desire to win a continental trophy (CAF Champions League and Confederation Cup) with the Ghanaian giants before he retires.

Baako joined the Porcupine Warriors in 2018 from Ghana Premier League side Karela United and became an instant hit for the club after his sparkling performances during the CAF Confederation Cup.

An injury setback during the early stages of his career with the Porcupine Warriors saw him on the sidelines for a year.

The nimble footed player made a return from injury last month and hopes to rediscover his form.

“I want to win an African trophy for Asante Kotoko either Confederation Cup or Champions League", he told Light FM.

The former Karela United midfielder hopes Asante Kotoko will secure one of the tickets to participate in Africa next season.

"If next season we get the ticket to play in either competition, we should go all out to the finals".

He added: "I want to leave a legacy there that this squad won an African trophy for the club, that’s the most important thing.”.