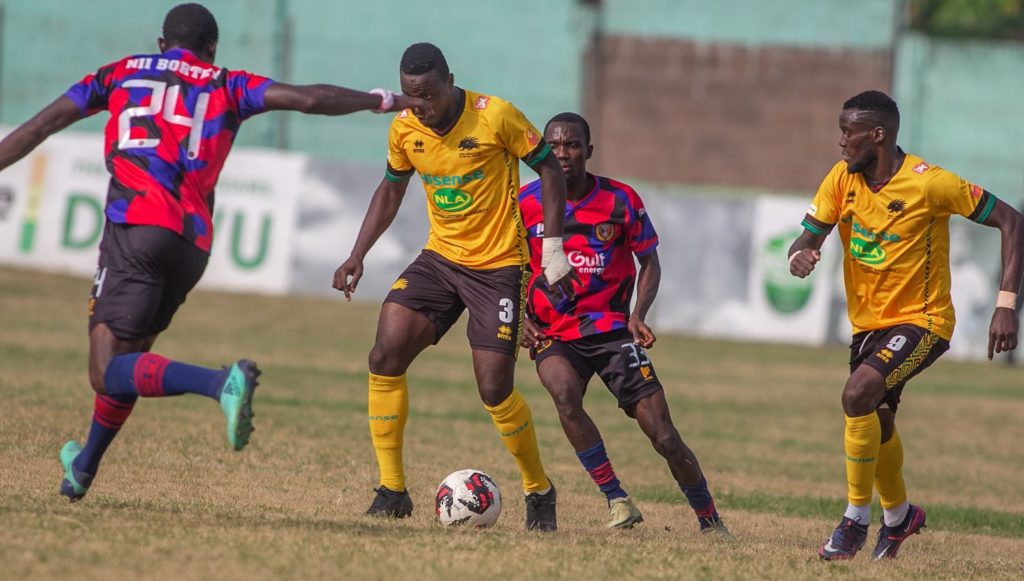 Asante Kotoko midfielder Mudasiru Salifu has expressed delight in his side's victory over Legon Cities on matchday 9 of the Ghana Premier League.

The Porcupine Warriors ended their three-game winless run to beat the Royals at the Dawu Theatre of Dreams on Sunday afternoon.

"Very important win for our fans," wrote Mudasiru on Twitter.

Mbella, who scored his first goal in midweek against Real Tamale United, gave Kotoko a deserved lead in the 29th minute.

But it took only three minutes for Legon Cities to equalise courtesy of an error by goalkeeper Razak Abalora as Ahmed Rahman scored.

Legon Cities looked a different side after scoring. They were not afraid to attack and created some decent chances in the second half.

Abalora atoned for his error with a great save before Mbella snatched the victory for Kotoko in the 78th minute.