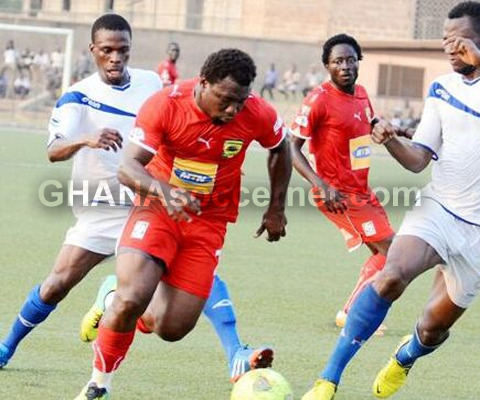 The 26-year-old will be receiving his first medal in his professional career when Kotoko are crowned league champions for the 23rd time after building an unassailable lead at the summit of the Ghanaian top flight.

The ex Lierse midfielder signed for Kotoko last year but was only able to play for side in the second half of the season.

The oldest son of Ghana legend Abedi Pele is delighted to have played a role in helping the Kumasi-based club in the defence of their Premier League title.

â€œThis is special for me personally because this is my first ever title,â€ he told GHANAsoccernet.com.

â€œI am happy I was able to play a part in the teamâ€™s success in the second half of the season.

â€œSome had doubts about my coming here but I have been able to prove myself, playing in various positions just to help the club.

â€œAnd now we are the champions and it is such a special feeling.â€