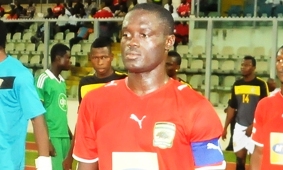 Asante Kotoko have raised security concerns ahead of their week 18 Premier League clash with Aduana Stars at Dormaa.

The league leaders inÂ  an official letter to the Premier League Board (PLB) say their supporters in Dormaa are being threatened and attacked ahead of the game on Wednesday.

Games between the two especially in Dormaa have often been marred by heightened tension and accusations of intimidations and in some instances physical attacks.

"Reports reaching our office from our supporters in Dormaa ahead of the impending 18th week Premier League tie between Asante Kotoko SC and Aduana Football Club hints of levels of threats and attacks on them," portions of the letter signed by the Public and Supporters Relations Manager Listowell Bukarson read.

Kotoko have thus urged the PLB to up security arrangements in Dormaa to ensure peace and order is restored before, during and after the prospectively explosive game.

Below is a copy of Kotoko's letter to the Premier League Board: 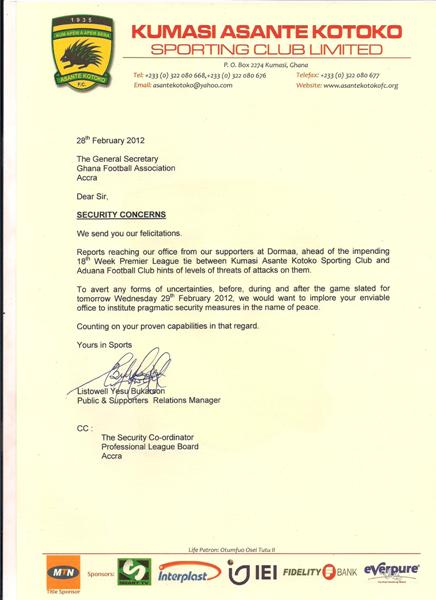