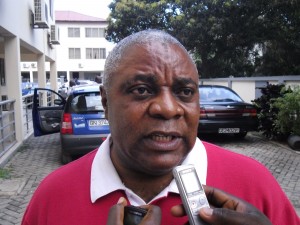 Asante Kotoko are not in favour of the TVÂ coverageÂ policy of the PLB, saying it is a massive ripoff.Â

The Premier League Board in a meeting with all the 16 clubs on Tuesday have decided to give equal television coverage to all the clubs in the forthcoming league season.

This means the revenue accrued from the TV right holders, OMP, would be distributed equally amongst the clubs.

But this, Kotoko says would deprive the club from fully exploiting the financial gains from supporters patronage to the stadium.

"When matches are shown on TV, fans don't really get they edge to come to the stadium and therefore the club loses in that respect," the club's Board member, Jerry Asare told GHANAsoccernet.com after the meeting.

"If you compare the wage bill of Kotoko, it far supercedes the other clubs but yet still we won't be able to make as much money from the gates because supporters would now prefer to watch our matches in the comfort of their homes so the club loses."

There was a suggestion tabled to the PLB for the adoption of the English module where half the total TV money is shared equally amongst the clubs and the other halfÂ distributedÂ according to the number of television appearance.

This module, as it has now emerge, has been trashed with stiff opposition from the smaller clubs.