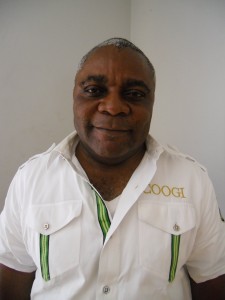 Playing in the inaugral GHALCA G8 Cup would have been financially suicidal for Asante Kotoko, Jerry Asare, a club director has said.

Kotoko, alongside Hearts of Oak, the two most glamorous clubs in Ghana opted out of the maiden edition which was eventually won by Berekum Chelsea for a plethora of reasons.

However the media had speculated the real reasons for the tournamentâ€™s boycott of which some were corroborated by the Kotoko director at a press conference ahead of the pre-season friendly return encounter with Hearts on Saturday.

â€œThe lessons gathered from the G8 competition is that when organizing a tournament you sit down and involve the clubs without taking entrenched positions,â€ Asare said.

â€œMembers of GHALCA were heard on radio downplaying the clout of the two clubs and this did not go down well with us.

â€œI wouldnâ€™t say the G8 was a failure but then it is a lesson because there is no G8 in the GFA regulations, we only knew of the top four competition.

â€œFurthermore after putting pen to paper, because nowadays football is business, we realized with the money offered in the G8 as against the expenses to be made by Kotoko, it made no economic sense to play in that competition.

â€œIt wasnâ€™t sabotage and I wouldnâ€™t say it was a failure but then clearly, there were lessons learnt.â€

One major defect of the inaugural G8 Cup was attendance but this organizers say was the least of their worries.

Their main aim was to give mileage platform to their sponsors using television and also providing a good preparatory ground for clubs before the league commences both in physical and financial terms.