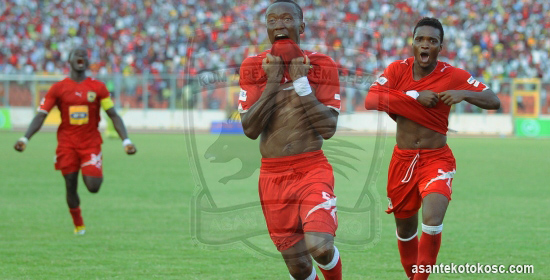 Asante Kotoko have angrily reacted to reports linking the club to match-fixing in their Premier League game against Berekum Arsenals on Sunday. Â

The Porcupine warriors drew blank against the gunners at the Baba Yara stadium to clinch their 22nd League title after making five changes to their regular starting X1.

But the outcome of the game did not go done well with some of their supporters who suspected foul play with others claiming it was a deliberate attempt to aid their opponent to avoid the drop.

While these might be mere speculations, they are still nevertheless, extremely damaging for a side that has remained almost impregnable at home this season.

The clubâ€™s Public and Supporters Relations Manager, Listowell Yesu Bukarson has rubbished the reports describing it as a hoax.

â€œSometimes you hear some of these things and you want to go bonkers. How can anyone think that a big brand like Kotoko will do such a thing,â€ Bukarson told Accra-based Peace FM

â€œSuch reports are absolutely preposterous to say the least and must be treated with the contempt it deserves.

â€œWe have sponsors who demand that we get positive results and so when we lose or draw, it sometimes creates problems for our mutual benefit.

â€œThe coach made a number of changes to the squad. And moreover we were playing against a side that is fighting relegation and so naturally they will be determined to get at least a point to help their top-flight status.

â€œWeâ€™ll not play it soft for any side under any circumstance.