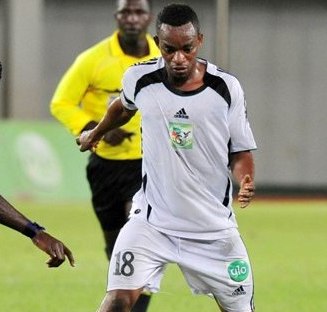 The former Liberty Professional captain has opted to join his boyhood club for an undisclosed fee for the second half of the season.

The 26-year-old has started training with the Kumasi-based club and expects to make a huge impact.

â€œTraining has generally been good for me. I have observed how enthusiastic and vibrant the training sessions are and I believe itâ€™s the best atmosphere that any player on the local scene can wish for himself," Helegbe told the clubâ€™s official newspaper, Kotoko Express.

â€œI have confidence in my abilities and so do not see any challenge for position as insurmountable.

"I have some other abilities that give me a head start. I believe in competition and so will be fighting fairly in Kotoko for positions and for Kotoko to win laurels.

"Much as I will be doing all this, I am not oblivious to the fact that of being a team player and making my personal interest sub-servant to the larger interest of the club.

The former Ghana Under-23 captain, who has had stints in France and Belgium, comes in to replace newly-signed Red Star Belgrade striker Nathaniel Asamoah.