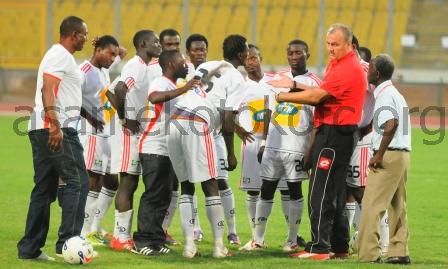 Giants Asante Kotoko have confirmed they will leave Accra on 14 July for a four-club tournament in Tanzania. The tournament will also feature Kotoko's arch-rivals Hearts of Oak and Tanzania duo Young Africans and Simba FC.

The tournament dubbed Tanzania International Cup will be played on the weekend of 16-17 July at the National Stadium in Dar es Salaam.

Kotoko play local side All Stars on Wednesday in the second semi-final of the MTN FA Cup.