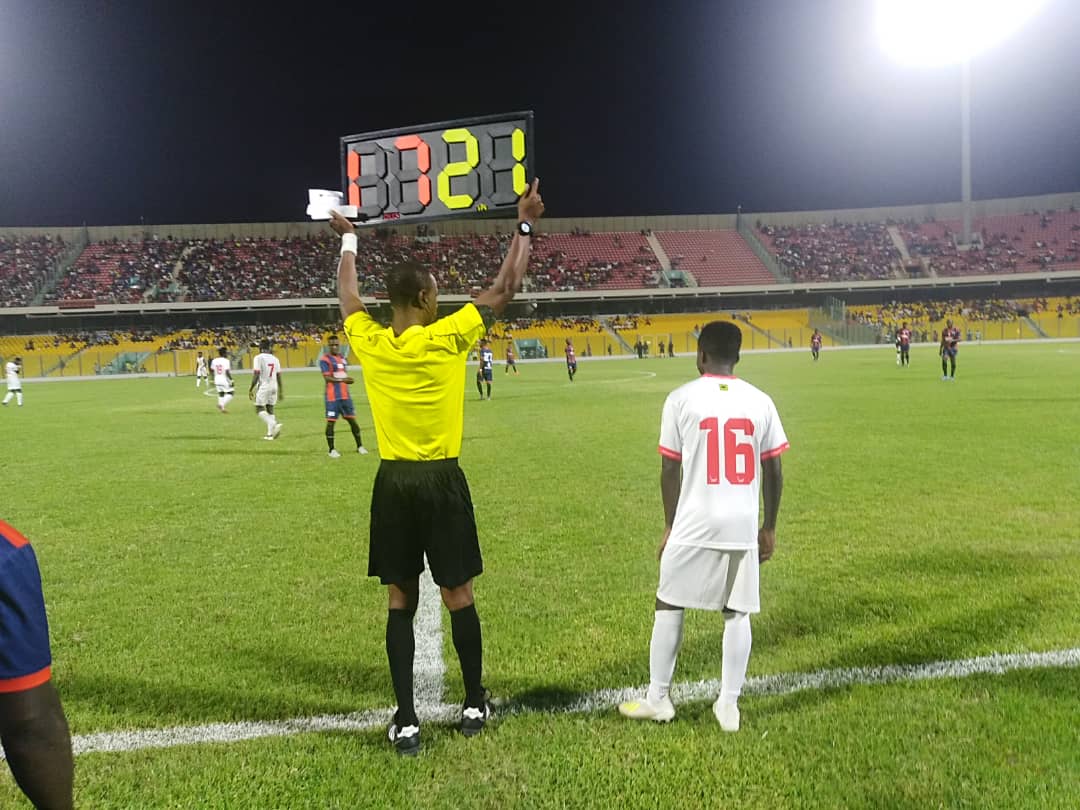 Asante Kotoko teenage sensation Matthew Cudjoe made his league debut during the team’s 3-1 win over Legon Cites on Friday at the Accra Sports Stadium.

The 16-year old was introduced into the game in the 84th minute as he came on to sub two-goal hero Emmanuel Gyamfi.

This became his second appearance for the club after making his debut in the 2019 President Cup.

Cudjoe quickly announced his presence in the game as he combined with Augustine Okrah to set up Ibrahim Imoro but the left back was flagged offside.

The starlet has been tipped to excel in this season's league with his exceptional talent.

Asante Kotoko came from behind to pick all three points after Legon Cities had taken the lead through Panagiotis Papadopoulos in the eighth minute of the first half.

Augustine Okrah got the equalizer and a brace from Emmanuel Gyamfi saw the Porcupine Warriors record their second win of the campaign.