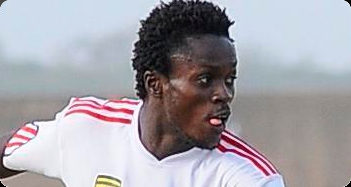 Striker Nathaniel Asamoah is making a steady recovery after suffering a head injury in Sunday's Premier League game against Heart of Lions, the club says.

The 21-year-old suffered aÂ concussion after landing on his head following a collision with the Lions goalkeeper Nana Bonsu.

He briefly lostÂ consciousness after which he was later revived following first aid treatment by club doctor Kwaku Boateng and was later rushed in a cervical collarÂ to the Komfo Anokye Hospital via an ambulance.

No structural damage was suffered to the brain, scans later revealed but the player has been put under strict observation for a week.

Asamoah had scored in the 2-0 win of Kotoko before suffering the injury but is now stable according to club sources.