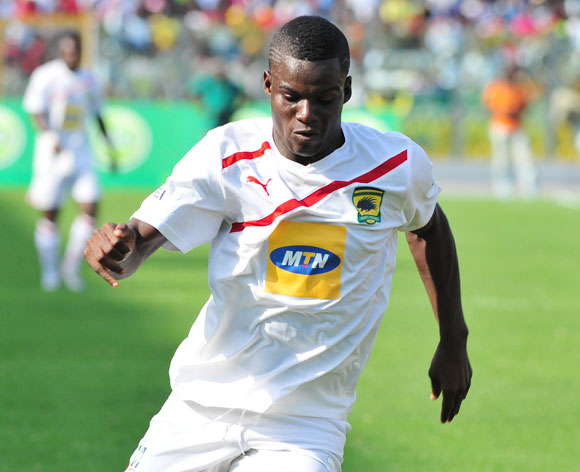 The decision was arrived late Thursday following the Ivorian's response to a query letter sent to him on Tuesday.

The 24-year-old has also been ordered to train with the reserve side as his fitness condition is being monitored by the first team coaches.

Last season's league MVP will count himself very lucky for escaping suspension for his recalcitrant behaviour but the club warned it will not be tolerated next time.

"Management cautioned him (Toure) to desist from exhibiting such ill mannered attitude since any future recalcitrant behaviour will not be entertained," Kotoko's Public and Supporters Relations Manager Listowell Bukarson told MTNFootball.com.

"'He (Toure) will commence training with the reserve side as the technical team monitor his fitness level before being considered for senior team selection."

Toure was late last year granted permission to visit his ailing mother in his native Cote d'Ivoire but exceeded his two-week leave period - a move which infuriated management and supporters of the club.

It was later rumoured that the he was angling for a move away from Kotoko following the sale of strike-partner Nathaniel Asamoah to Serbian side Red Star Belgrade in January.

In his absence Kotoko have extending their lead at the summit of the Ghana top flight and are now seven points clear off rivals Hearts of Oak.