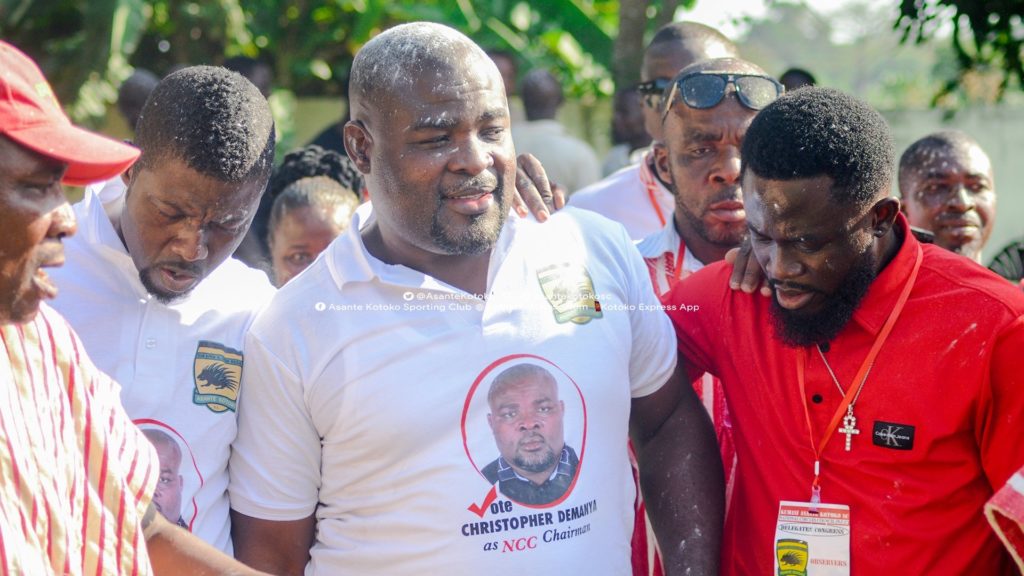 Newly elected National Circles Chairman for Asante Kotoko, Christopher Demenya, popularly known as DeChris  has thanked supporters and delegates for the power vested in him to lead the national supporters group for the next four years.

Damenya won the Kotoko Chairmanship position with 209 votes against his opponent Solomon who had 118 in the elections held on Saturday.

In a letter sighted by GHANAsoccernet.com, DeChris has expressed his appreciation and promised to ensure there is unity among members in the group.

"National Circles Council Chairman Elect, Christopher Demenya and his campaign team wish to express our profound gratitude and heartfelt indebtedness to the rank and file of Asante Kotoko SC especially the Delegates who voted massively for him over the weekend to make the whole dream of leading the National Circles Council a reality.

"We have finally arrived with a resounding victory following your ardent trust in the whole team to help to lift, restore and develop National Circles Council.

"Your votes for me will create a path that will see the Circles rallying indefatigable, unremitting, and unflinching support to Kumasi Asante Kotoko Sporting Club.

"Team DeChris is also grateful to the Election Committee for their selfless,unbiased, and transparent work put up, especially on the day of election to make the whole process end in the overwhelming success.

"We are increasingly grateful to the media for their flawless role in the whole process and overwhelming support.

"Special acknowledgement to the security who put up a vintage work to ensure accurate protection before, during and after the election.

"To our opponent Chairman Solo, we wish you all the best of luck next time, and we will be gratified to work with you for the development of the Circles 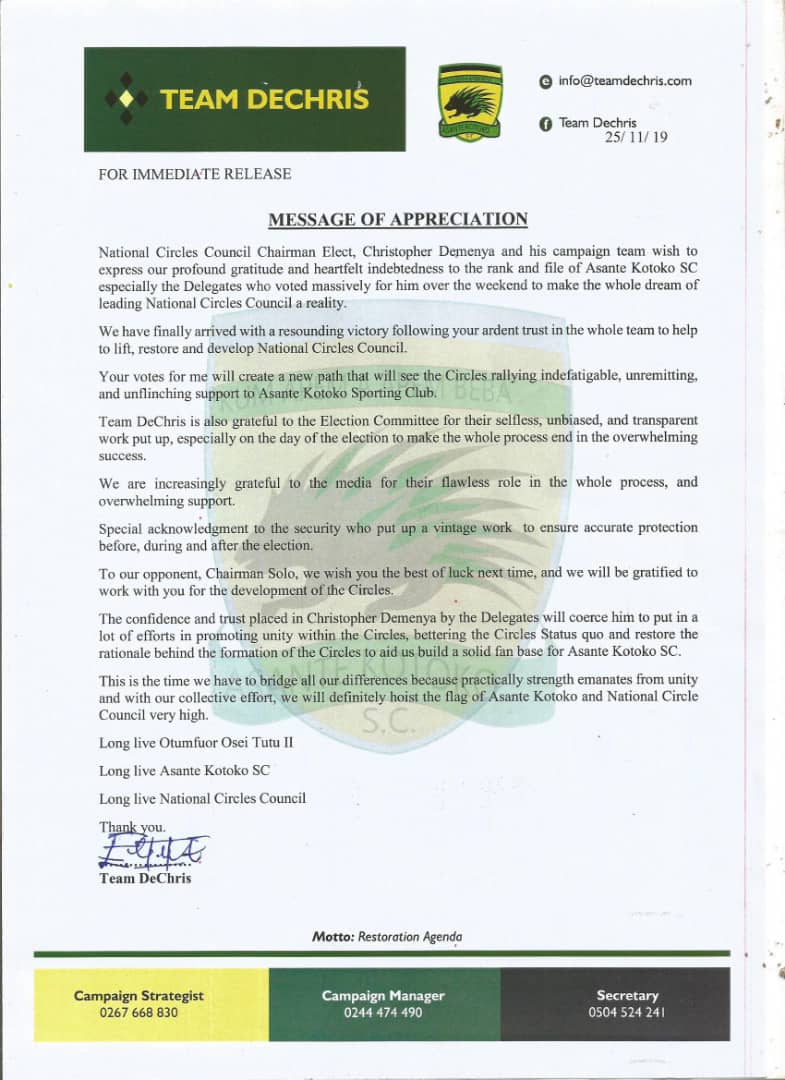