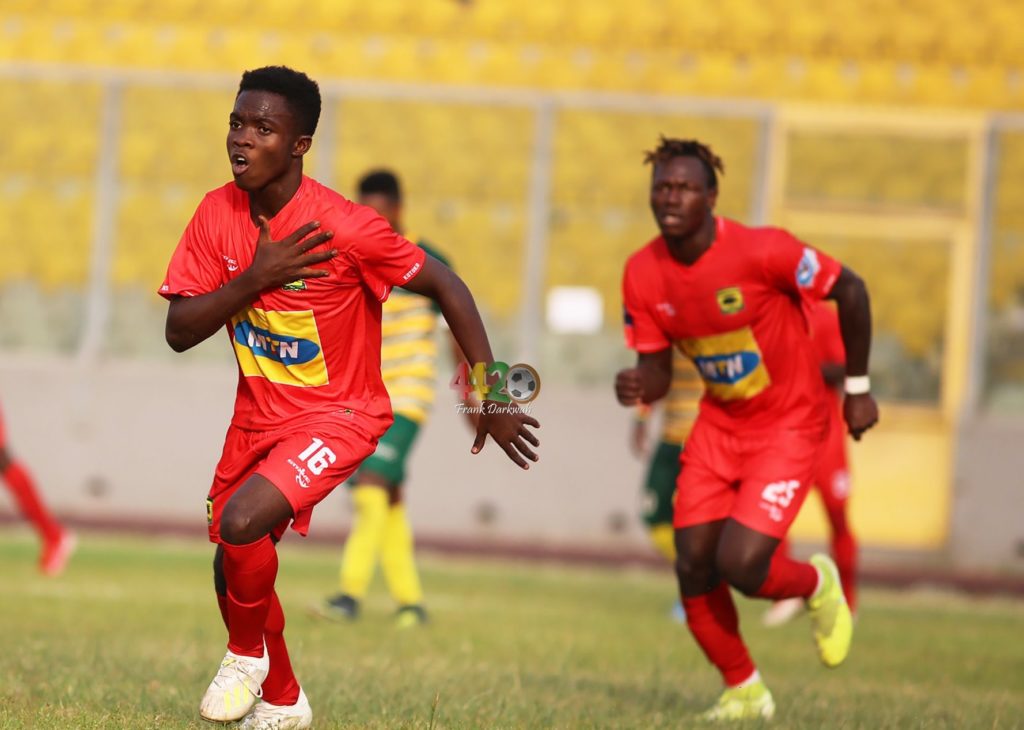 Teenager Mathew Anim Cudjoe says there is more to come and has expressed delight in scoring his first professional goal after netting in Asante Kotoko's victory over Ebusua Dwarfs.

The 16-year old climbed off the bench to score the opener as the Porcupine Warriors silenced the Crabs in Kumasi last Sunday.

Anim Cudjoe is enjoying an explosive start to the season after impressing despite making cameo appearances in the Ghana Premier League.

"Not a bad Sunday. Three points, clean sheet and a goal," he added.

Asante Kotoko bounced back from two defeats to record an important win before their trip to Accra to play Hearts of Oak next Sunday.

The youngster's performance has seen him earn praises from coach Maxwell Konadu, insisting Cudjoe is ready for the big stage.

"I think he is ready," he said after the game."Brazil has been doing it, most of the countries have been doing it at even the world cup stage.

"I think when you see such a talent and you let it go, that won't be fair to Ghanaians," he added.

"With the talent he has, we need to encourage him and not to rush him but gradually he is picking so let's wait. We are not saying he is the one to change everything for Kotoko but with time but with time he can only get better."