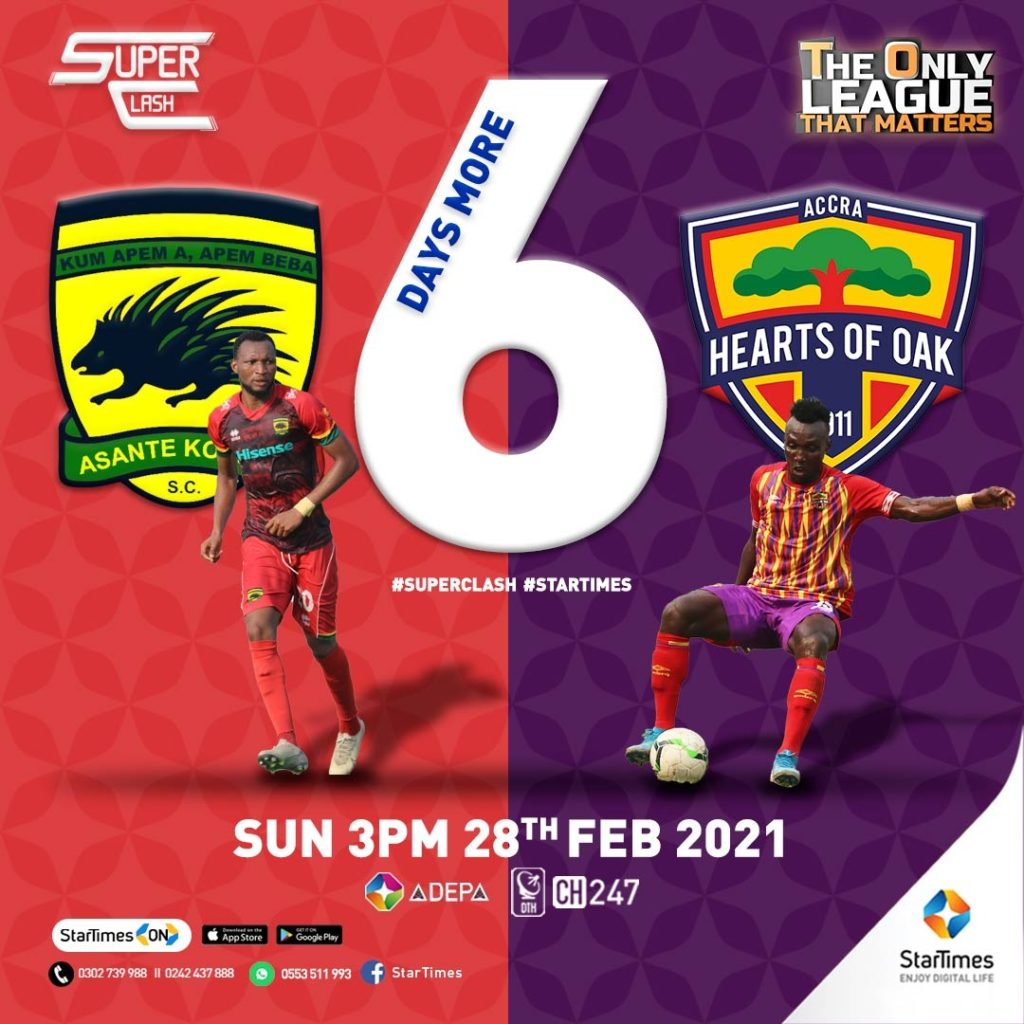 Akofa Banson, the Marketing Manager for StarTimes Ghana, official broadcast right holders of the Ghana Premier League have indicated that the Super Clash between Asante Kotoko and Hearts of Oak will only be exclusive on its channel and not free-to-air television.

With the big game said to be played without the fans for the first time in the history of the Ghana Premier League, there have been calls from several quarters for the game to be available for all Ghanaians to watch on free-to-air.

But the broadcast holders say fans must acquire their set-top box to enjoy the game.

StarTimes have promised to produce the best of coverage for the game on Sunday with all their production crew on board.