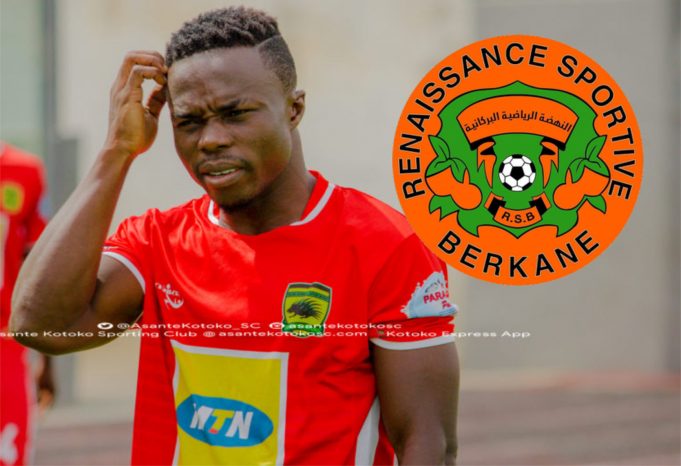 Asante Kotoko wideman Augustine Okrah is on the verge of sealing a permanent move to Moroccan powerhouse RS Berkane, multiple reports in his native Ghana have claimed.

The 27-year-old arrived in the North African country on Wednesday to complete formalities.

The hugely talented forward is expected to sign a permanent contract after passing a mandatory medical.

Okrah's contract with the Porcupine Warriors runs out in January - meaning the Ghanaian giants are desperate to tie a deal for him to avoid losing him for free.

The two-time African champions have sanctioned his move to the CAF Confederation Cup champions with both parties believed to have reached an agreement.

The former BK Hacken and Al-Merrikh winger joined Kotoko in 2019 after a one-year spell at  Indian Super League side NorthEast United.

The side is keen to add the Ghanaian to their roaster ahead of their involvement in the 2020-21 CAF Champions League.