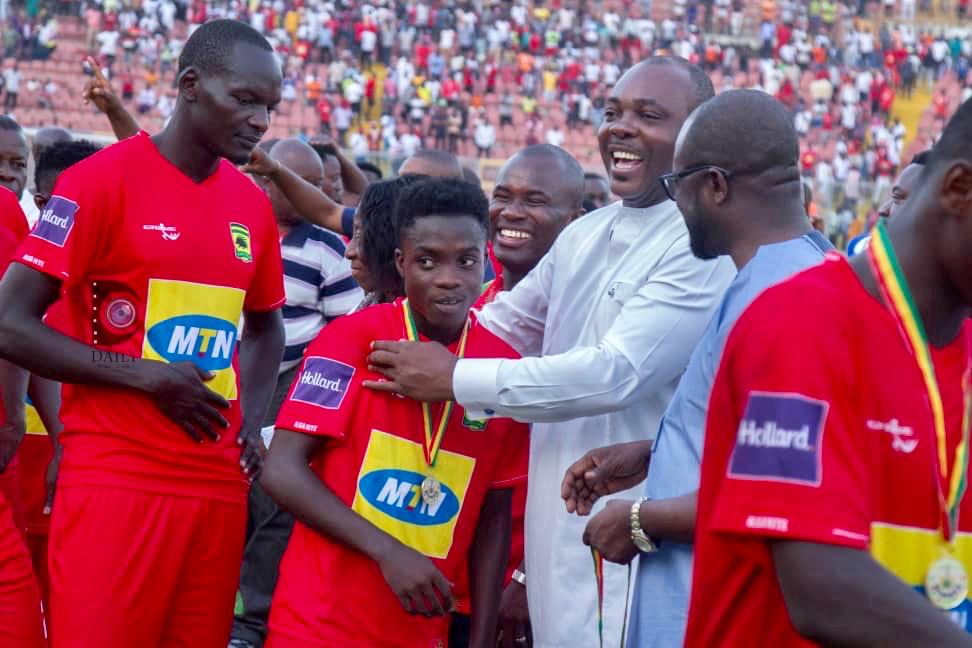 Young sensation Mathew Anim Cudjoe dazzled with tricks and flicks for Asante Kotoko in their 2-1 win over rivals Hearts of Oak to clinch the 2019 President’s Cup on Sunday.

The 16-year-old took just 12 minutes to announce his presence in Ghana’s domestic front at the Baba Yara stadium.

Cudjoe, nicknamed ‘Messi’, came on in the second half to produce blitz of brilliance to excite the home crowd.

Big things have been expected of the 16-year-old prodigy since he started training with the Ghanaian giants.

The youngster didn't look overawed by the occasion, impressing fans with an array of skilful touches and composed passes, as well as a willingness to run at defenders.

Hearts Oak’s Robert Addo Sowah was shown the marching off orders after he whacked the hugely talented versatile youngster following a sublime dribble.

He was mobbed by his colleagues as fans of waited patiently to catch a photo with the new sensation.

He has even tipped by many for greatness as Kotoko aim to sign him on a permanent basis.