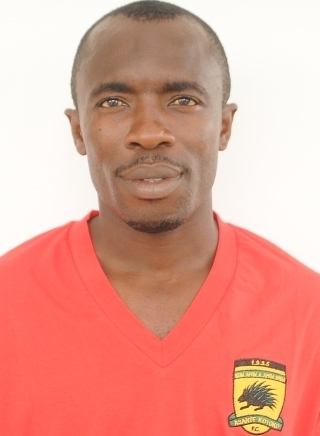 Asante Kotoko experienced midfielder Stephen Oduro insists he would not be forced to retire from the game.

Media reports had claimed the Kotoko management officials were considering organizing a testimonial match for him for his work ethic and selfless service to the club over the past 10 years.

The former Ghana youth international has struggled to break into the starting XI of head coach Maxwell Konadu since he recuperated from an injury this term.

But Oduro insists he has more footballing in him.

''I have also heard about such reports and I really flattered but the truth of the matter is that Iâ€™m not going to retire now," the diminutive midfield wizard said.

"It was agreed that if I wasn't successful with my operation, then I will hang up my booth for the testimonial match to be organized for me

"But in the same vein, if I was successful, then there wouldn't be any question of calling time on my career.

"Thankfully the operation went well and Iâ€™m very fit and playing. The coach told me he doesnâ€™t want to change his winning team and thatâ€™s why I come from the bench."

He added that: "It has never been a question or form or whatsoever. I am top shape and have more years to serve the club."

The ex-Real Tamale United midfielder has remained fans favourite player since he joined them in 2000.