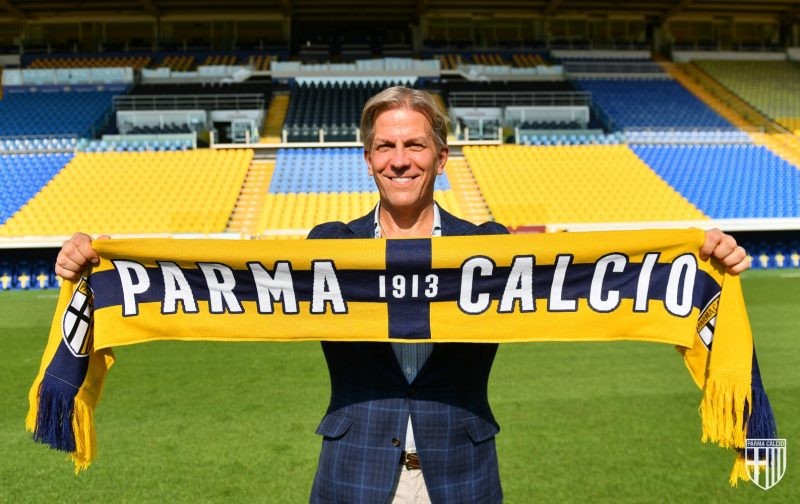 New Parma president Kyle Krause has said that the Crociati can expect to see a number of new faces arrive within the next few days.

The Gialloblu suffered a 2-0 defeat at home to Napoli in the first game of the American’s era at the Stadio Ennio Tardini on Sunday, but coach Fabio Liverani is set to have reinforcements arrive to bolster his squad.

Since returning to the Italian top flight, Parma have done the majority of their summer business late in the transfer window, but Krause doesn’t expect to be left waiting until the final days of this market to get new arrivals over the line.

“We’re not purposely waiting,” Parma’s new president said in an extended chat with Forza Italian Football on Thursday morning, the entirety of which will be published on Thursday afternoon.

“I think we’ll have some news to report in the next day or two. We’re there, it’s just a question of when they land.

The 57-year-old is confident that players are on their way in, and even posted to Twitter on Thursday morning to report that he had wrapped up his first signing since taking the reins in Emilia-Romagna.

My first signing as President. Can you guess what player we signed?#ForzaParma pic.twitter.com/O9R5TnxYT3

“We hadn’t signed anybody,” the president added.

“We had been involved in these conversations regarding the transfer market for a couple of weeks before the actual closing [of the club’s purchase].

“We had been syncing up our strategies with the sellers, our new partners and the sporting directors.

“Everything is very much aligned.”