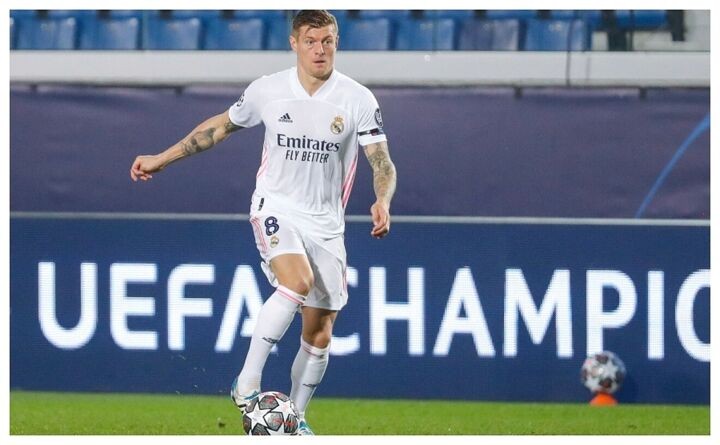 Toni Kroos is hoping to continue his working relationship with Zinedine Zidane beyond this season, and the German doesn't expect the coach to leave this summer.

Zidane has picked up where he had left off since returning to the club, winning LaLiga Santander last season and having Los Blancos in contention for a double this term.

"I think he'll be our coach next season," Kroos said, laughing, when put in the uncomfortable position of being asked about Zidane's future during their pre-Chelsea press conference. "He has a contract."

Turning his attention to the game itself, the German acknowledged the strength of Real Madrid's opponents but denied that he was overly worried about the trip to London.

"They haven't taken any sleep away from me," Kroos said. "We know their quality and strength.

"I see us in good shape. We've got players back who weren't with us for the first leg, although we have lost Rafa [Varane].

"We're all ready to run and fight until the end, but how we use the ball will be important."

Kroos will likely have to get the better of N'Golo Kante if Real Madrid are to beat Chelsea, and he knows how much quality the Frenchman possesses.

"We've seen what he is physically, but he's not only that," Kroos said. "He has quality. That's why we need to have more of the ball."

Many have said that Kroos, Luka Modric and Casemiro are the best midfield three in the world, but the German was more modest than to agree with that.

"I don't know if we're the best in the world because I don't watch much football," Kroos said. "I like to hear that, but it's not worth anything if we don't win something.

"Even more so at this club."

When discussing both Eden Hazard and Sergio Ramos, Kroos said that "we know what they can contribute", adding that Hazard is "getting closer to his level".