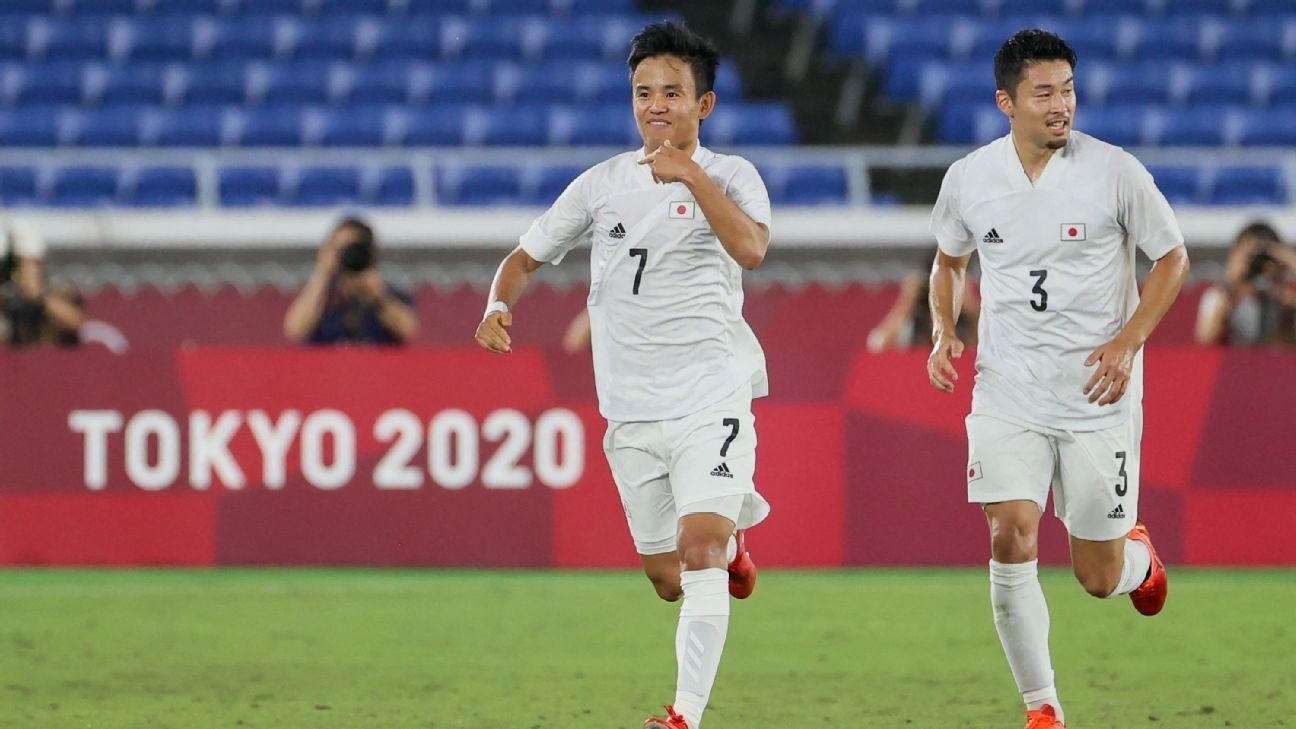 Takefusa Kubo has been instrumental in Japan's push for an Olympic medal, and now the promising playmaker is ready to give Spanish football a reminder of why he already has had spells at the country's biggest clubs.

The 20-year-old will lead the tournament hosts into their semifinal meeting with Spain on Tuesday aiming to steer the Japanese to their first medal in the men's tournament since securing a bronze at the 1968 Games in Mexico City.

But Real Madrid's Kubo will have other concerns on his mind in addition to ending a 53-year medal drought as he goes up against the nation that has shaped his football career.

"Ever since the draw was made, I've known all along that if we got there, our semifinal was going to be against Spain," he said after Japan's quarterfinal shoot-out win over New Zealand.

Kubo's commitment to the Japanese cause comes after spending much of the last decade in Spain.

He moved to Barcelona's famed La Masia academy at the age of 10 but was forced to return to Japan five years later after the club was found guilty of breaching transfer regulations involving young players.

Spells at J.League clubs FC Tokyo and Yokohama F Marinos followed before a return to Spain soon after his 18th birthday.

However, rather than re-signing with Barcelona as had been widely expected, Real Madrid swooped to capture Kubo.

Takefusa Kubo has been one of Japan's standout players during the men's Olympic tournament. MARIKO ISHIZUKA/AFP

Life back in Spanish football has seen his form fizzle rather than explode. He has yet to play for Madrid's first team and has, instead, been loaned out to Mallorca, Villarreal and Getafe.

None of those stints have yielded much in terms of success, further adding to Kubo's motivation to make an impression against the Spanish on Tuesday.

Having already made a mark on this tournament by scoring the opening goal in all three of Japan's wins in the group phase, Kubo has been in touch with those he knows within Luis de la Fuente's squad to ramp up the hype.

"I have a lot of teammates in Spain," said Kubo. "In fact, I spoke to [Barcelona defender] Eric Garcia before (the New Zealand) match and we both wanted to meet in the semis.

"And it happened. We were friends, now we are rivals and we will give it our all. It's going to be a great match and hopefully, we can win."