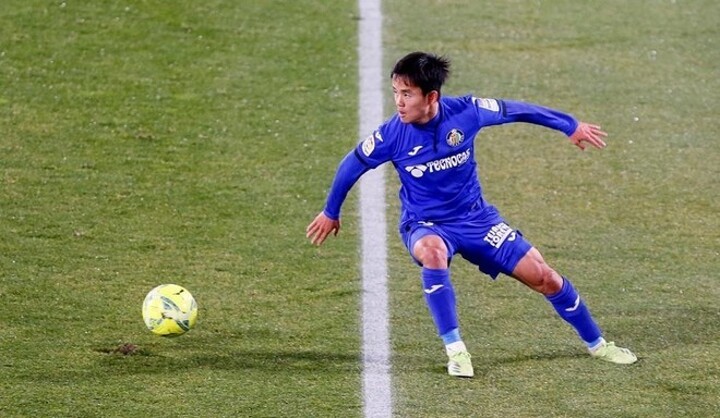 After being chased by a number of clubs, Takefusa Kubo joined Villarreal on loan and was full of excitement, but things just didn't work out.

Real Madrid wanted him to star for the Yellow Submarine and develop into a player they could integrate into their squad in the future, but it just didn't happen. Kubo didn't click with head coach Unai Emery and his six months at the Estadio de la Ceramica were a disappointment.

Kubo spoke with his parent club and both parties decided that the loan wasn't working out the way they'd hoped, so Real Madrid president Florentino Perez did not waste any time in trying to change things.

The Japanese playmaker is considered to be one of the key pieces in the Real Madrid project going forward and the club didn't want him to waste a season playing a bit-part role after his impressive spell at Real Mallorca the season before.

In fact, Kubo could have featured in Los Blancos' first team this season, such is the trust that those at the club have in him. This is exactly why Real Madrid don't want his progress to halter and why they want to ensure that he is guaranteed first-team football, which he can get at Getafe, who were also interested in the summer.

Real Madrid will be hoping that his positive progress can continue at Getafe and that may well lead to the 19-year-old featuring prominently at the Estadio Santiago Bernabeu next season.