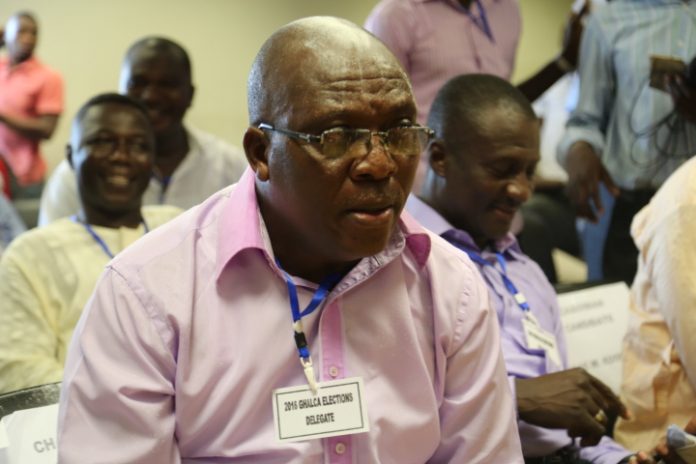 In no-holds-barred verbal attack, the Techiman Eleven Wonders chief fingered the boss of the club's umbrella body as the 'Judas' of Ghana football.

GHALCA executives boycotted a stakeholders forum to discuss pertinent issues regarding the newly drafted statutes of the Ghana FA ahead of an impending extra-ordinary congress early next month.

The absence of the Kudjoe Fianoo-led leadership has sparked a wave of criticism amid claims of sabotage.

And Mr Arhin has launched a stinging attack on the former Ashantigold boss, labeling him as the master drawback of Ghana football.

“He (Kudjoe Fianoo) can’t come because he was given the chance to put together this meeting but he slept on his rights and then somebody organizes this meeting and he also says he will always come up with a meeting on Thursday,’’ he told the local media

“I can assure no one will be at that meeting because today, the movers and shakers of the industry are all here so what’s the intended purpose of that GHALCA meeting? He either postpones it or forgets about it.

“For three good years, they [current GHALCA executives] have even failed to render a simple account.

“Your guess can be good as mine because looking at the kind of activities behind the scenes and things that are going on, he can be described as the Judas of Ghana football.”

Mr Fianoo has come under line of fire amid allegations of working against the interest of football clubs in Ghana.

He has been accused severally of forming alliance with the Normalisation Committee to derail the process of restoring football.

The stakeholders put together a seven-member team to review the proposed statutes of the Ghana Football Association.

The have up to a week to finalise their report to the stakeholders.