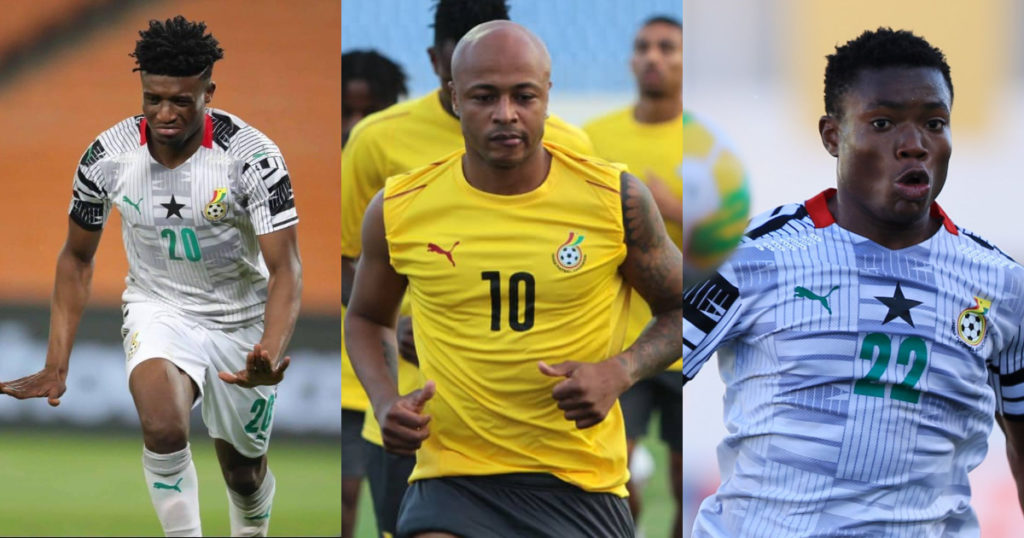 Ghana captain Andre Ayew is full of hope for the future of the Black Stars following the emergence of young talents such as Mohammed Kudus and Fatawu Issahaku.

According to the former Swansea man, the new breed of players coming through have showed great desire and fighting spirit to be successful with the team.

Mohammed Kudus made his Black Stars debut during the AFCON qualifier against South Africa in 2019, with goalkeeper Danlad Ibrahim and Fatawu Issahaku earning call-ups for the international assignment against the Bafana Bafana and Sao Tome early this year.

The trio were also in the team for the international friendlies against Morocco and Ivory Coast last month.

“The talent is there; maybe a bit less experience but the talent, the endeavour, fighting spirit, the desire to do good things are there. I can feel it when I’m with the boys at camp, they are very hungry and motivated,” Ayew said, as quoted by Citi Sports.

“[Issahaku], Kudus, Danlad [Ibrahim], all these young guys coming up, they have a bright future but to be successful they need to be able to deal with the pressure.

“I hope that as a squad we will be ready to fulfill what the nation wants.”