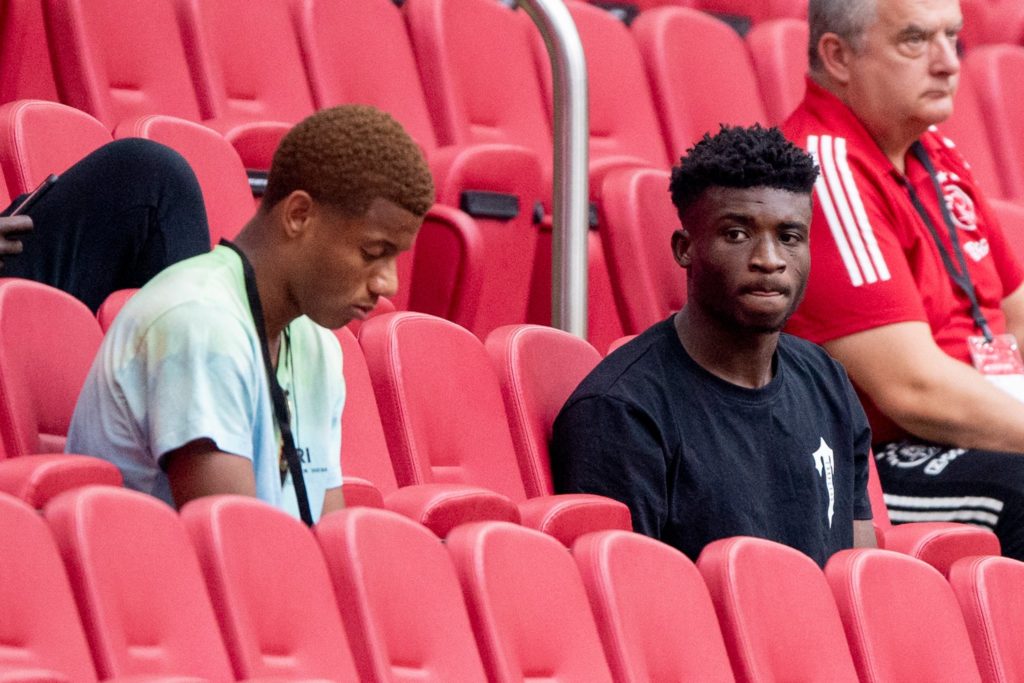 Ghana midfielder Kudus Mohammed watched from the stands as Ajax made light work of RKC Waalwjik in a pre-season friendly match on Saturday.

The 19-year-old midfielder joined the Amsterdam-based giants on a five-year contract from Danish side FC Nordsjælland in July.

The Eredivisie giants paid €9 million for the Ghana international, making him the most expensive teenager in the history of Ghana football.

He is however yet to play a game for the club due to a delay in his work permit as it was earlier reported by GHANASoccernet.com

Kudus was absent when the club started the third and last block of preparation for the new season as Ajax take on RKC Waalwijk in a friendly match on Saturday.

As the game was going on, the midfielder was spotted in the stands together with injured Brazilian winger David Neres.

Ajax won the game 6-1 thanks to goals from Lassina Traore, Jurgen Ekkelenkamp and a brace apiece from Klass-Jan Huntelaar and new signing Antony.

Kudus will be hoping his paperwork issue is resolved in time for him to feature in the side’s next friendly game against FC Utrecht at the Johan Cruyff Arena on Thursday, August 13, 2020.