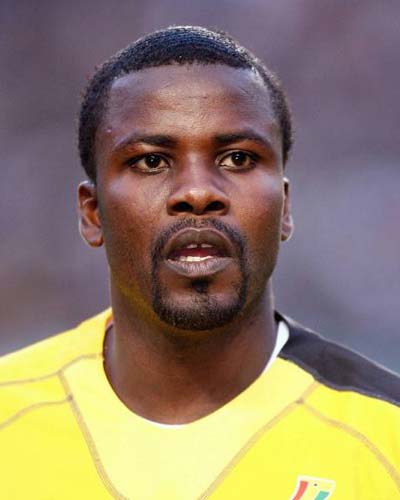 Ex Ghana international Samuel Osei-Kuffour insists the absence of traditional heavyweights in the 2012 Africa Cup of Nations takes nothing out of the competition as feared.

Rather, according to the former Bayern Munich defender, the emergence of less fancied sides in the biennialÂ showpiece is testament of paradigm shift in the African game.

â€œThat countries like Nigeria, Cameroun and Egypt did not make it to the 2012 Nations Cup showed that other nations are working to demystify the super powers of the game in Africa,â€ Kuffour said.

â€œWe have to respect teams that qualified for the 2012 Nations Cup in Equatorial Guinea and Gabon because they are good to have made it to the last 16 in the continent. If Nigeria did not qualify, they have to accept it in good faith because from 1984 to1992, Ghana did not qualify for the Nations Cup.

â€œWhat Nigeria needs to do is to put themselves together and begin to rebuild and now that they have Stephen Keshi as the coach, I believe they can get back to their form again.

Kuffour, meanwhile, disclosed that he was a Nigerian from Shagamu in Ogun State: â€œIt is true that I came from Nigeria because my father is a Nigeria from Shagamu, but I was born and bred in Ghana. So I donâ€™t know anybody in Nigeria.â€