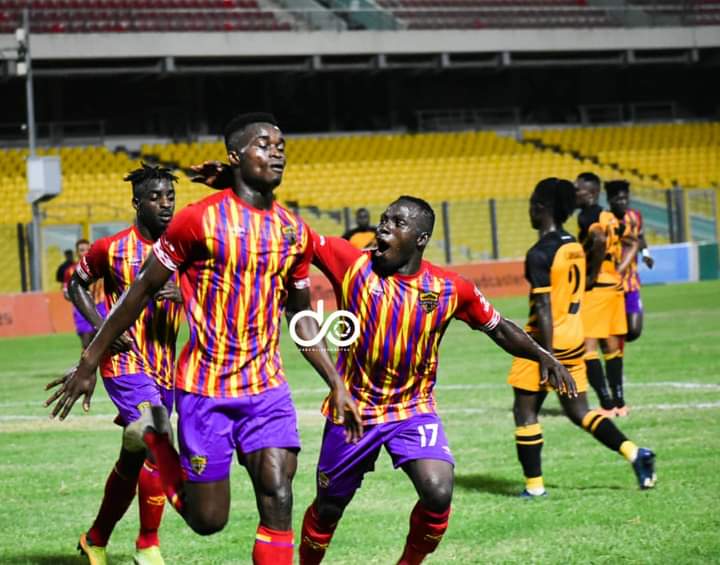 Hearts of Oak striker Kwadwo Obeng Junior is targeting more goals for the club in the ongoing Ghana Premier League.

The budding hitman netted a brace for the Phobians during their 2-2 draw with AshantiGold SC in their first match of the season.

Hearts of Oak fans were left disappointed with the display of their front-liners but more especially Obeng Jnr who had several big chances to seal the victory for the club.

The 21-year-old accepted the opprobrium from the club’s supporters but promised to hit a few more goals before the end of the season.

"We were all disappointed with the result against AshantiGold after leading 2-1 going into the last few moments of the game. We should have held on for the win and I will like to apologize to the fans who were not at the stadium to support us", Obeng Jnr told Hearts News after the game.

"I was happy with my performance and with the goals, I scored today, and, I want to do more for the club this season. I will be even happier if, at the end of it all, we emerge winners of the competition."

"We will continue to work hard and correct our mistakes as we approach the rest of the matches and, I am confident that with the support of our fans, we will go far this season.”

Hearts of Oak will next play Inter Allies in an Accra derby at the Accra Sports Stadium on Sunday in a GPL Matchday Three encounter with the game scheduled to kick off at 6:00 PM