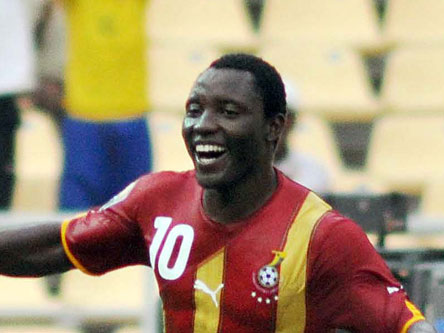 Kwadwo Asamoah has been told to back up after being dropped to the bench by Ghana coach Goran Stevanovic in Friday's AFCON eliminator against Swaziland.

The Udinese midfielder was unimpressive at training and was far from convincing in his club's Uefa Europa League play-off against Arsenal.

The 24-year-old showed glimpses in the joint 2010 Nations Cup/World Cup qualifiers and replicated that at the last Nations Cup finals in Angola.

But he failed to meet expectations at the Fifa World Cup finals in South Africa.

Asamoah was expected to step in for ex-Ghana captain Stephen Appiah but the skillful player is yet to blossom.