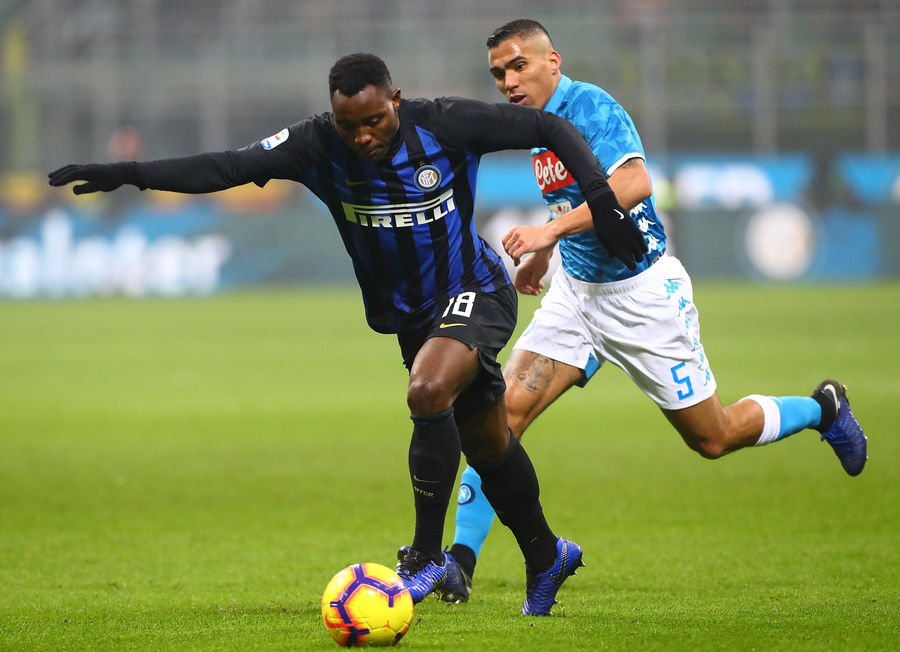 Ghana midfielder Kwadwo Asamoah and his Inter Milan side were on the receiving end over the weekend after suffering a heavy defeat to Napoli in the serie A.

Asamoah played the entire duration as Inter Milan were thumped 4-1 in Naples.

Inter Milan offered precious little going forward in the first half and it was no surprise Napoli led at the break, with Piotr Zielinski's stunning 16th-minute strike.

Dries Mertens' header was added to by a Fabian brace to seal a convincing win in the final 30 minutes, meaning a nervous final match awaits for the Nerazzurri despite Mauro Icardi's late penalty.

The defeat means the Nerazzurris will head into the final day of the season to be able to confirm a champions League spot.

Inter Milan will host Empoli on the final day of the Italian serie A.