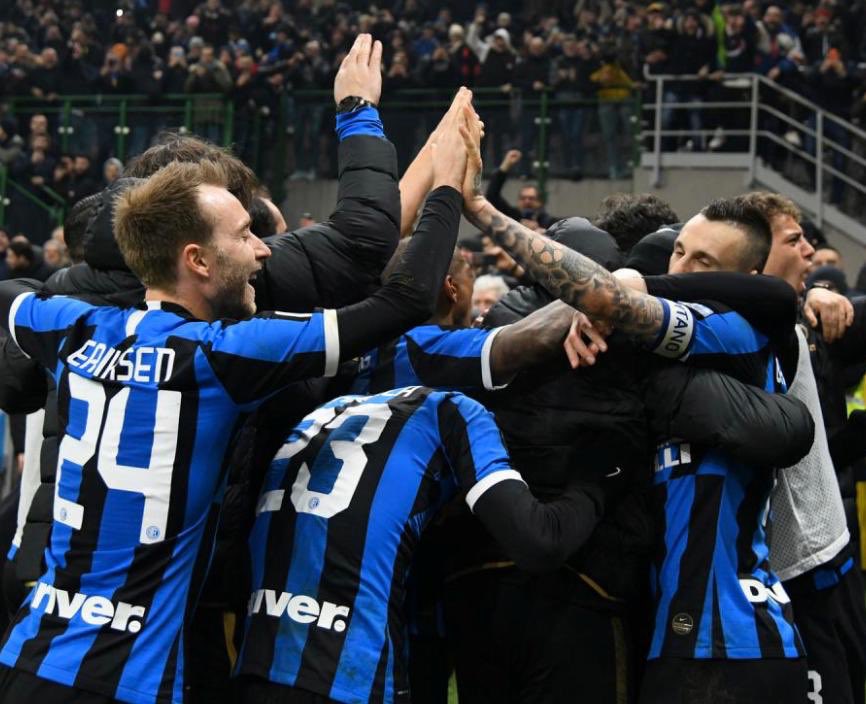 Ghana midfielder Kwadwo Asamoah has hailed his Inter Milan teammates for a spirited comeback win against local rivals AC Milan in the serie A.

The 31-year old, who did not play because of an injury, saw his teammates fight back from a first half two goal deficit to win 4-2 at the end of the game.

Asamoah described the win as a great one as they climbed top of serie A with the victory.

"Great team win in a fantastic atmosphere!," he posted on Twitter.

Croatia forwardAnte Rebic tapped home from Zlatan Ibrahimovic's assist and the former Manchester United headed in the second before the break.

Kwadwo Asamoah has not played for the Nerazurri's since October last year after their 2-1 win against Brescia.

But the Ghana international is close to make a return to full fitness.