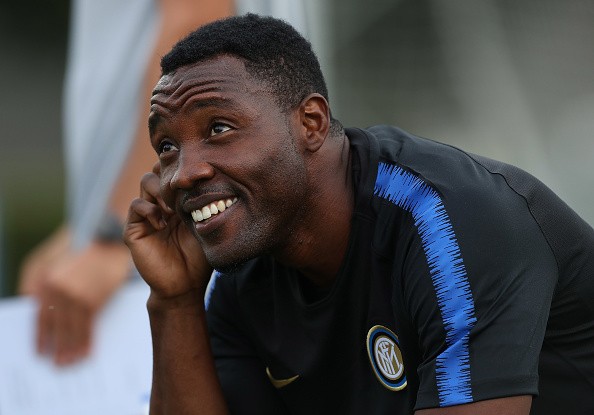 Kwadwo Asamoah has rejected an offer from Serie B side Brescia, Ghanasoccernet.com understands.

Brescia tabled an offer for the Ghanaian, who is currently without a club after terminating his contract with Inter Milan on transfer deadline day.

However, Asamoah has rejected the offer because he is not interested in playing in the Italian second-tier league.

Asamoah, 31, believes he can still compete in the top-flight and is hoping to secure a move.

Sampdoria are the only top-flight club have shown interest in Asamoah.

Ghanasoccernet.com reports that Asamoah is demanding a contract worth €1 million a season.

Asamoah has been playing in the Serie A since 2008 and has won six titles.

He won all titles with Juventus after joining them in 2012 from Udinese.