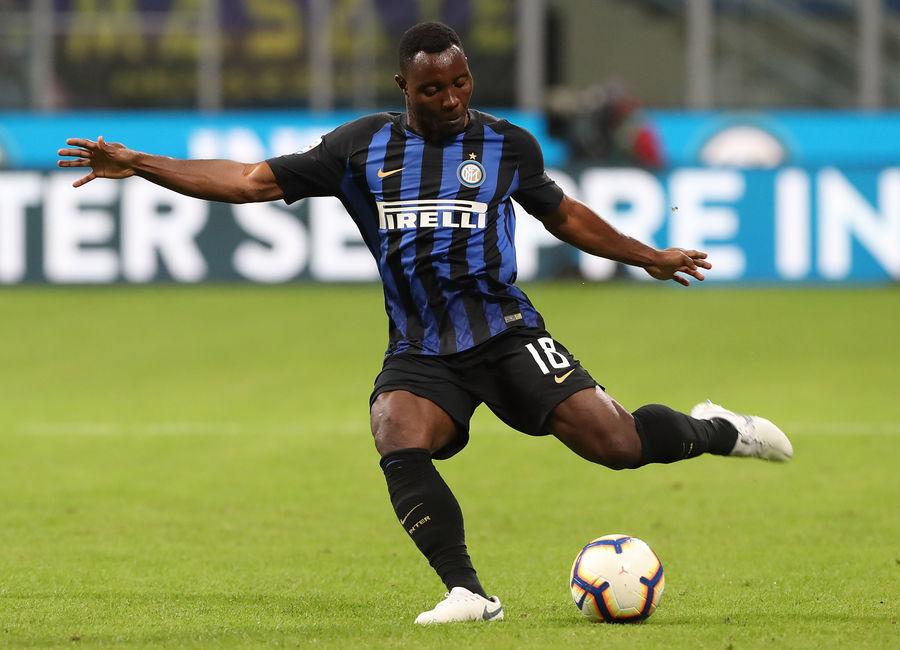 Kwadwo Asamoah in action for Inter against Fiorentina.

Inter Milan will be without Ghana midfielder Kwadwo Asamoah for tonight’s Champions League clash against Dortmund.

Asamoah has failed to recover from an injury in time for the matchday four tie away at Signal-Iduna Park, having similarly missed Saturday's Italian Serie fixture with Bologna.

It will be a blow to Inter who have had the 30-year-old as their first-choice left-back in all three games played in Europe thus far this season.

"[Danilo] D'Ambrosio, Asamoah and [Roberto] Gagliardini are all unavailable,” Inter coach Antonio Conte said in his pre-match team news, as reported by his club's official website.

Asamoah could make a return to action when Inter host Hellas Verona in Serie A on Saturday.

He has so far made seven appearances so far in the top-flight.

Despite his fine form, he has been left out of Ghana's squad for the 2021 Africa Cup of Nations (Afcon) qualifying games against South Africa and Sao Tome and Principe on November 14 and 18 respectively.