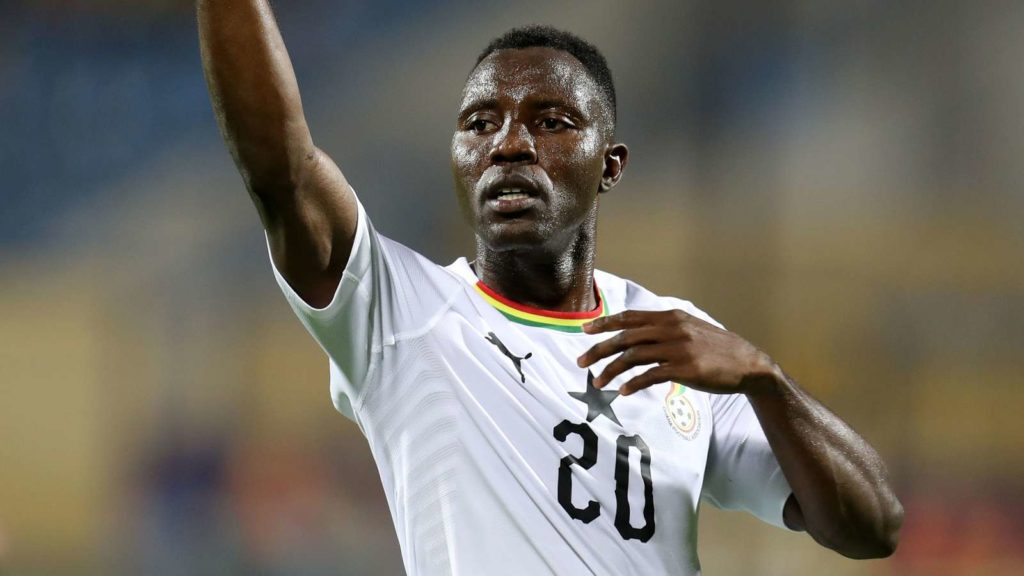 Inter Milan star Kwadwo Asamoah has failed to impress since his return to the Ghana national team.

Asamoah ended his self-imposed exile to return to the Black Stars in August last year but is yet to showcase his best.

He has carried the shaky form to the Afcon and that has resulted in him getting a bench role.

Thee 29-year-old has been named on the bench for Black Stars for the second time in the tournament.

He has been dropped for crucial final group match against Guinea-Bissau on Tuesday.

This is after he produced an underwhelming performance in the stalemate against Cameroon on Saturday.

Asamoah was selected for the match following criticism of Kwesi Appiah for being dropped to the bench in the first match versus Benin.

But he struggled and had to be substituted in the second half.