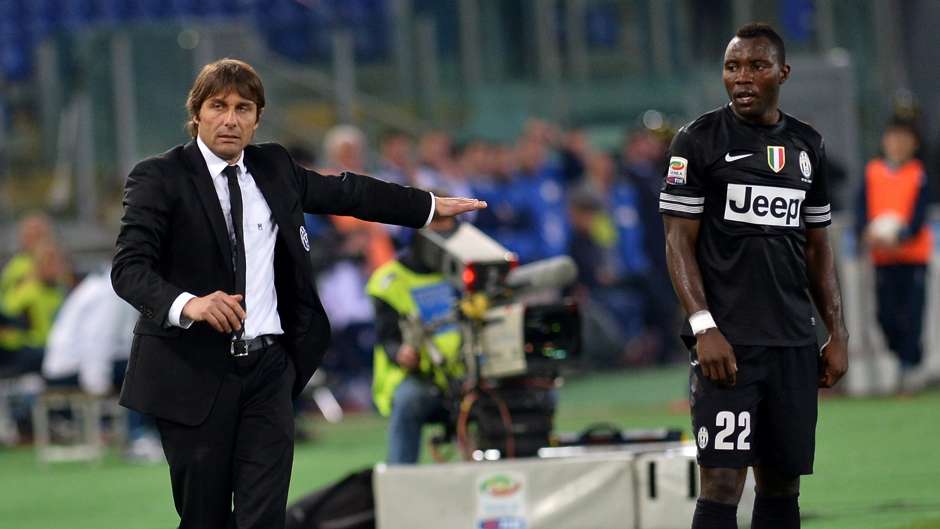 Former Chelsea coach Antonio Conte is reported to have accepted an offer to become Inter Milan coach from next season.

Conte is set replace Luciano Spalletti, according to multiple sources in the peninsula.

Transfer market expert Gianluca Di Marzio said:''There is an agreement between all the parties. I have received no signals suggesting that anyone will back out or has changed their minds. This is something that has neither been denied nor confirmed. Nothing has been signed yet, maybe Inter are a bit cautious or they will make sure of everything very soon.”

''Conte is a very specific kind of person, I don’t think that after having said yes to Inter, he will change his mind if a phone call were to arrive from Agnelli.''

Asamoah played under Conte at Juventus where they won titles before the Italian left to Chelsea.