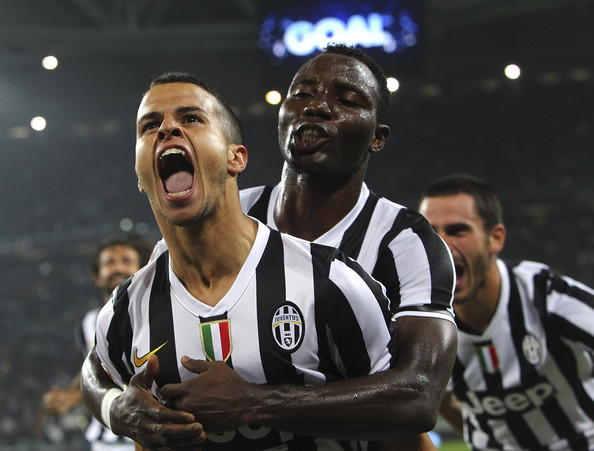 Ghana midfielder Kwadwo Asamoah triumphed over his Ghana team-mates Michael Essien and Sulley Muntari in the Italian Serie A top-liner as Juventus managed a narrow 1-0 win over AC Milan at the San Siro on Saturday night.Â

Both Muntari and Asamoah lasted the entire duration of the game with the Black Stars duo picking yellow cards at the dying embers.

But Michael Essien had Â to watch the full proceedings from the Milan substitute bench.

Tevez, who scored both goals in Tuesday's 2-0 Champions League win over Malmo, played an exquisite one-two with Paul Pogba before flicking the ball past Christian Abbiati midway through the second half.