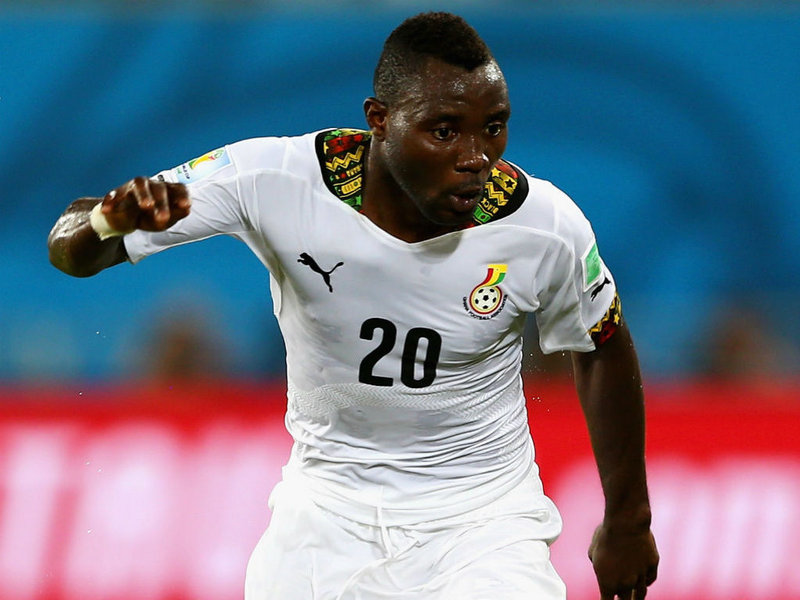 Ghana coach Kwesi Appiah has given an indication of where Kwadwo will be playing at the Nations Cup after deploying the Inter Milan defender in a midfield role in the friendly against Namibia.

Asamoah was thrown into the game in the second half, with Kwesi Appiah playing him in a midfield position.

The 30-year old Inter Milan star has played the last three years of his club career in a more defensive role for both Juventus and Inter Milan.

However with the Nations Cup approaching, many football fans have been confronted with questions of where the former Ghana number ten will play.

But it is clear coach Kwesi Appiah will opet for a midfield role for Asamoah, with the Lumor Agbenyenu and Baba Rahman slugging it for the left back role.

Coach Kwesi Appiah is expected to name his final 23-man squad on Monday as they the team gears for their final friendly against South Africa before leaving to Egypt.

Ghana has been drawn in group F alongside Champions Cameroon, Guinea Bissau and Benin.