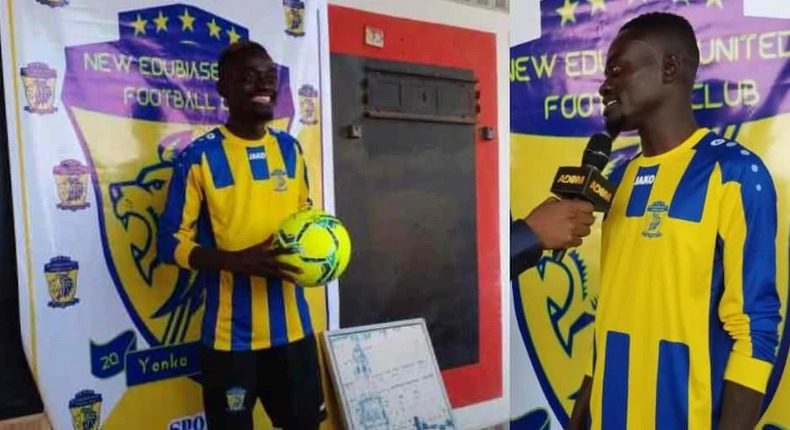 Actor-turned-footballer Kwadwo Nkansah "Lil Win" claims no footballer in Ghana is paid more than him.

Lil Win signed a contract with Ghanaian second-tier side New Edubiase, and he barely plays, but according to him, he is paid handsomely in comparison to other players in the country.

At the age of 34, the famous actor and comedian began his professional football career with Division One League club New Edubiase United.

Lil Win has signed a two-year contract with New Edubiase United, who are vying for promotion to the Ghana Premier League.

He is also the club's ambassador.

Lil Win has only played four matches for the club since joining in October 2021, and he is currently out with an injury.

"I got injured in my last match so I’ve been out with an injury, I have played only 4 games," he said.